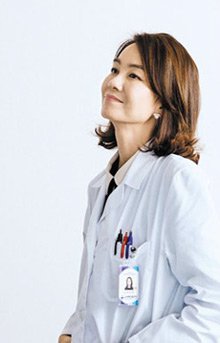 Former Miss Korea Jang Yoon-jung has returned after a 16-year absence from showbiz with a late movie debut.

The suspense drama "Trick", which hit local theaters last Wednesday, is the story of a documentary producer who wants to film a man with a terminal illness and his wife.

Jang won the Miss Korea pageant in 1987, at the tail-end of an era when the winners became household names. She was the first runner-up in the Miss Universe contest the next year.

In the 1990s she became a successful TV host but moved to the U.S. when she got married and had two daughters to live an ordinary life.

"When I look at myself objectively, I had nothing but the Miss Korea title. It's a big title, but it locked me in at the same time", said Jang, who returned to Korea two years ago.

"I decided to act to express myself more comfortably".

"I didn't expect to take on a major role at all since it's my movie debut", she said. "So I felt a lot of pressure and was nervous throughout the shoot".

"Ex-Miss Korea in Late-Career Movie Debut"
by HanCinema is licensed under a Creative Commons Attribution-Share Alike 3.0 Unported License.
Based on a work from this source