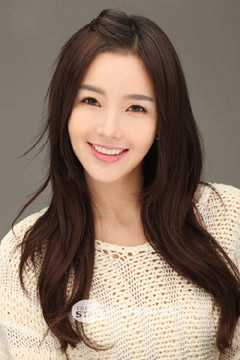 Nam Gyu-ri, who only made her acting debut in SBS TV drama "Life is Beautiful" last year, has been cast as the lead of new soap opera "49 Days".

"I had to work so hard to change careers from singer to actress", she says. "But I can't think of any other occupation. From early childhood I was firmly set on becoming either a singer or an actress. It's not that I chose to be an actress. I'd say I had no other choice. I am where I am now because I was constantly searching for something I can do well and enjoy doing".

At one point after her 2006 singing debut, Nam was among the biggest pop stars in Korea with girl group SeeYa. "I sometimes miss being a singer because you can always communicate with fans when you're on stage singing", she says. "But I hope I can find a new kind of happiness and achievement in acting".

Her ambition is to be a real actress rather than a TV celebrity. "I've just started discovering the real taste of acting, and I don't think I've got to any depth in expressing emotions. When I confront these difficulties, I wonder if I'm actually talented. I hope that it's my destiny, because it's my only job at the moment".

"Ex-Pop Star Nam Gyu-ri Is Committed to Acting Career"
by HanCinema is licensed under a Creative Commons Attribution-Share Alike 3.0 Unported License.
Based on a work from this source