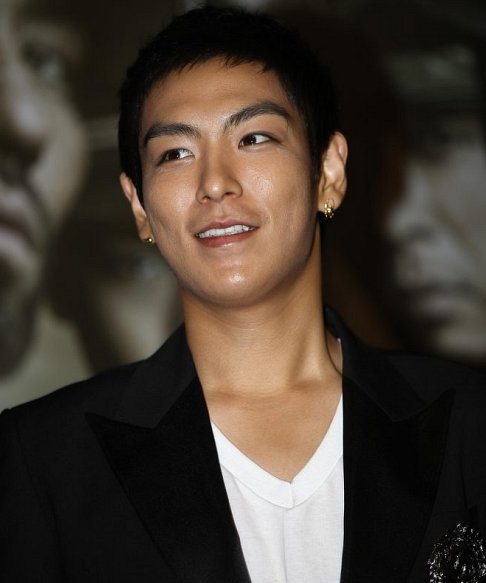 Big Bang's TOP (Choi Seung-hyun) plans on acting in 2012. It is very likely he will star in the drama "Celebrity", which deals with bizarre cases of celebrity scandals.

His management YG Entertainment claimed, "TOP is planning on acting this year and he has been looking through many drama and movie script. He is optimistic about "Celebrity".

Last year TOP was rumored to star in Yoon Seok-ho's "Love Rain" and "Absolute Boyfriend - Cancelled" with Kim Ha-neul but it seems like he leaned more towards "Celebrity".

"Celebrity" deals with the story of a woman who debuts as a celebrity in order to take revenge on a boyfriend that dumped her, but actually falls in love with a real top star. This particular synopsis actually happened with a local star last year and is catching lots of attention.

TOP might take on the role of acknowledged top star Jeong Soo-hyeon and fall in love with Ban Ha-na, who is dumped by idol star Kang Yoon. Planet 90 and Plan B Pictures are collaborating on this drama. The cast for the leading female should be completed soon and the drama shoot will start with the aim of releasing it this summer.

Big Bang's TOP is being praised as a singer/actor. He was impressive in the KBS drama "IRIS" and won the Best New Actor Award at the 47th Baeksang Cultural Arts Awards for the movie "71-Into the Fire".

"[Exclusive] Big Bang's TOP comes back as an actor in drama "Celebrity""
by HanCinema is licensed under a Creative Commons Attribution-Share Alike 3.0 Unported License.
Based on a work from this source