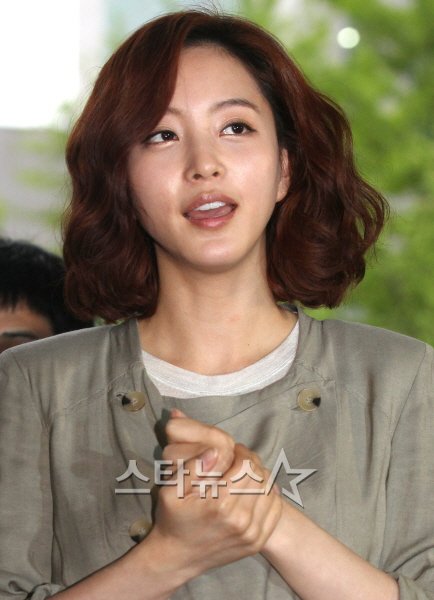 Han Ye-seul's mother who lives in LA arrived in Korea to take care of matters regarding Han Ye-seul's refusal to shoot the drama and unnoticed absence. However, regardless, it seems Han Ye-seul has departed for the States.

According to the entertainment biz on the 16th, her mother arrived at Incheon International Airport in the morning. She is well known for her active participation in her daughter's career. It looks like the management has decided to hold hands with the management Sidus HQ to resolve things.

They have come to an agreement to negotiate terms and try to persuade Han Ye-seul. Word that the shoot will resume on the 17th seems to have something to do with this.

However, as news that Han Ye-seul has left the country got out, the matters seems to have gotten even more complicated. Her management said, "We don't understand why Han Ye-seul would depart if she knew her mother was coming. We only checked that her name was on the departure list but we are not sure she really left".

Her house is empty and there is no way of contacting her so there might be a possibility that she doesn't know her mother is here.

Han Ye-seul's mother and her management are going to talk about things this morning. Not only about the drama but if or not she has a boyfriend and if so, her plans for marriage and resuming her career as an actress.

Her management said, "We will talk to her mother and understand the circumstances then put out an official statement as soon as we can".

"[Exclusive] Han Ye-seul's mother's arrival"
by HanCinema is licensed under a Creative Commons Attribution-Share Alike 3.0 Unported License.
Based on a work from this source