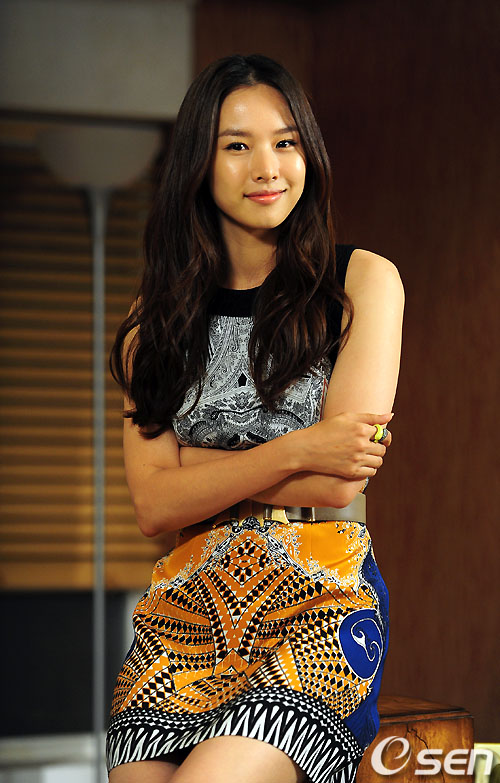 She will be playing the role of top star actress Se-ryeong, another lead role in the drama of issue "Full House 2" with No Min-woo and Hwang Jung-eum.

Based on Won Soo-yeon's comic, "Full House 2" is a follow up of "Full House" which was made in 2004 by director Pyo Min-soo with Rain and Song Hye-kyo, gaining huge success.

Jo Yoon-hee's management told OSEN, "She was offered a role and she has decided to take the step on board after careful consideration. She appears as an actress in the drama so she should be in rare form". Jo Yoon-hee was recently in the SBS drama "Lie to Me".

The role of Se-ryeong, Jo Yoon-hee is playing is a femme fatal who has stepped over from Korea to Hollywood as a well known top star actress. She feels jealousy at the news of her ex-lover Tae-ik's (No Min-woo) engagement and flies back to Korea, causing a three way relationship.

Meanwhile, "Full House 2" includes Hwang Jung-eum, No Min-woo, Jo Yoon-hee and another actor as the second male role, which will round out the cast. Which broadcasting company will air it is yet to be determined. Park Ki-woong is also joining the cast.

"[Exclusive] Jo Yoon-hee joins Hwang Jung-eum on "Full House 2""
by HanCinema is licensed under a Creative Commons Attribution-Share Alike 3.0 Unported License.
Based on a work from this source