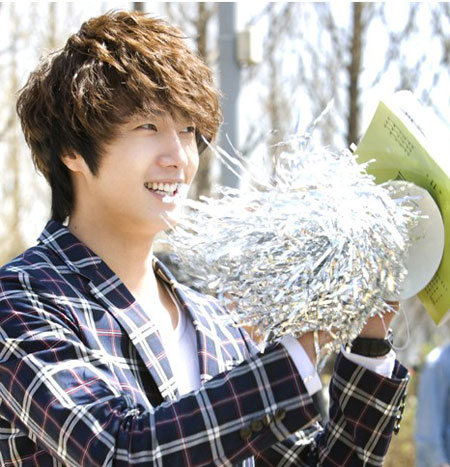 Jung Il-woo is a 'modern day death angel', the scheduler in SBS mini series "49 Days" (written by So Hyeon-kyeong, directed by Jo Yeong-gwang). Viewers are surprised at his improved acting and fashion sense. We took a look at the scheduler that has the girls going crazy nowadays.

Jung Il-woo transformed to a cheerleader. This was to congratulate Sin Ji-hyeon (Nam Gyu-ri) in getting her first true tear. Wearing a cone hat and shaking the pom-poms made him look like a definite rascal. 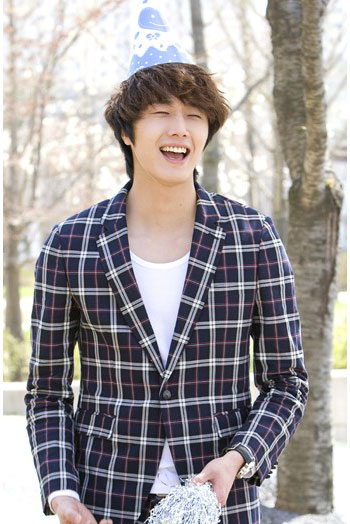 Jung Il-woo is being directed by Jo Yeong-gwang on how to act. Jung Il-woo looks more relaxed now that his acting skills have become better this time.

The schedulers unique fashion is always an issue every episode. From a stately trench coat to natural colored outfits to the Johnny Depp look from "Pirates of the Caribbean". You are the fashion extremist indeed! 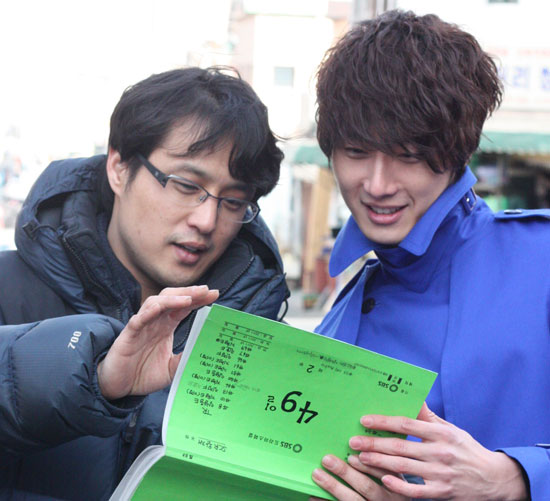 # As good as Park Tae-hwan?

In the beginning of the drama "49 Days" he exposed his firm and neat bodyline at a swimming pool. He is now in the line of best bods and he has awesome diving skills as well. He has everything!

"[Exclusive] Jung Il-woo is cheerleader, surely a rascal"
by HanCinema is licensed under a Creative Commons Attribution-Share Alike 3.0 Unported License.
Based on a work from this source