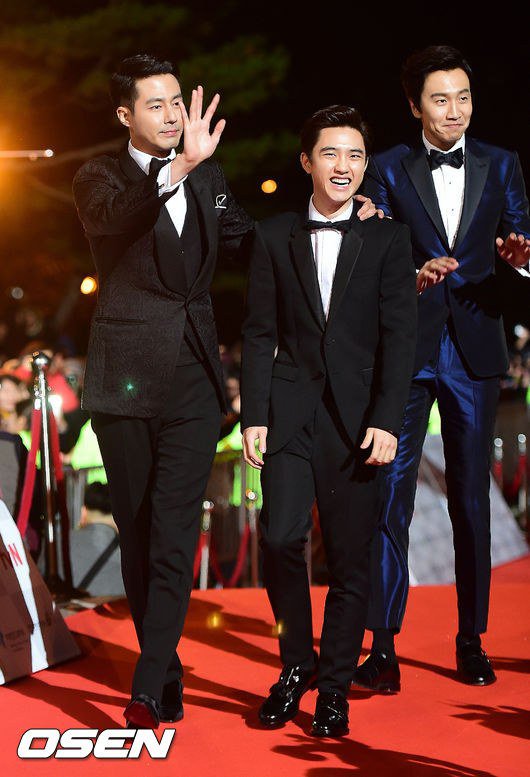 EXO D.O. co-starred in the drama "It's Okay, That's Love" with Jo In-sung and claims they still hang out.

A Japanese media released its interview with Do Kyung-soo. EXO has been popular in Japan even before their official debut there and this interview talked about the drama "It's Okay, That's Love". D.O. is also actor Do Kyung-soo.

D.O. said, "First, I was so honored about the offer to be in the drama. It was hard to understand the script at first but Noh Hee-kyeong helped me figure out the meaning of the lines and emotions. Producer Kim Gyoo-tae also gave me lots of advice. Making the drama was such a happy time for me".

About Jo In-sung, he said, "I was scared by him at first but he treated me like a little brother. I learned how to be sincere about acting. He advised me on the various ways of expressing various feelings. I don't usually talk about myself to the people around me but I could talk to him about anything as long as I was in the set. I got along with Lee Kwang-soo too and we talk about acting".

"Everyone of the staff were so nice but Jo In-sung knew how to clear things up so that everything fell into place. He brightened up the place and made everyone feel good".

Do Kyung-soo is currently busy as an actor as he starred in the movie "Cart" and drama "Remember You".

"I think I know how to imagine a characte'rs emotions. I think about how to act when and where".

"EXO D.O., "Jo In-sung and I are close""
by HanCinema is licensed under a Creative Commons Attribution-Share Alike 3.0 Unported License.
Based on a work from this source