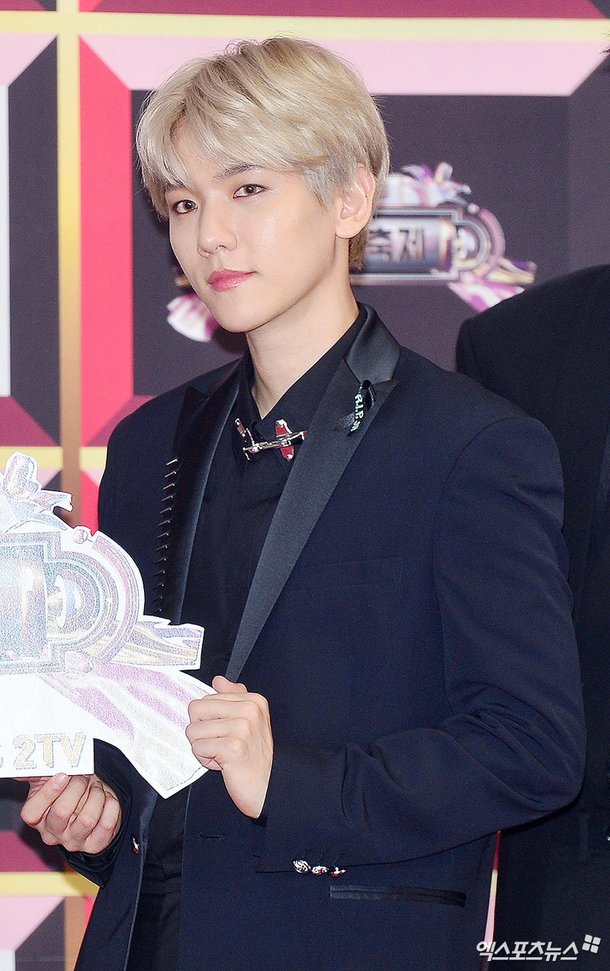 EXO's Baekhyun issued an apology for his earlier statement about depression.

On the 30th of December, a fan shared that she suffered from depression to Baekhyun during a fan sign session. Later, the fan posted of their interaction. Only part of the fan's post became viral, causing a large netizen reaction.

The fan wrote that Baekhyun said, "I don't know why people get depressed and have trouble sleeping. I am not criticizing. However, if you can't force yourself to always have good thoughts, I hope you can gain strength by looking at me and the rest of the team".

However, his words were cropped and shared out of context. As a result, Baekhyun was criticized as lacking understanding for those with depression and commenting carelessly.

Two days later, he issued an apology on Instagram on the 2nd with the focus on comforting those who are hurting. "I was scared and sensitive about depression. I was very worried speaking to that fan and felt scared for her".

"I was telling the fan to remember EXO and the good people around her and I might have made some careless mistakes. It wasn't enough time to tell her exactly what I wanted to say, but I did and this is the result".

After this statement was posted, fans were put to ease and commented with phrases such as "I think I know what you were trying to say. Don't blame yourself too much" and more.

The fan who spoke to Baekhyun about her depression also explained, "I got a lot of comfort through talking with Baekhyun and wanted people like me to get the same comfort I did, but I don't know where the misunderstanding happened".

If you need to speak with someone, please Don't Hesitate to reach out to help lines available all over the globe.

"EXO's Baekhyun Apologizes for His Comment About Depression"
by HanCinema is licensed under a Creative Commons Attribution-Share Alike 3.0 Unported License.
Based on a work from this source