Exo Sell Over 740,000 Copies of Debut Album in Three Months 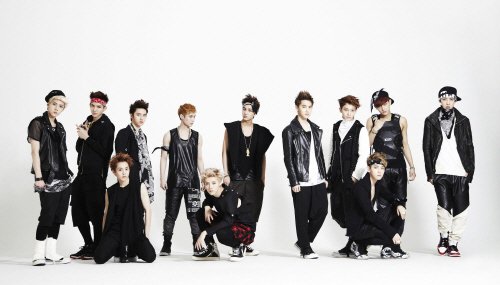 The first edition released on June 3 hit sales of 424,260 and a repackaged version on Aug. 5 sold 312,899 copies, meaning the band managed to pass the 700,000-mark in just three months. This demonstrates their explosive rise as one of the hottest K-pop stars.

Amid a decline in record sales due to the emergence of the Internet and digital media over the last decade, Exo have become the first performers to sell over 700,000 copies of an album since 2001, when Kim Kun-mo's seventh album sold 1.39 million and Jo Sung-mo's fourth sold 960,000 copies.

"XOXO" received pre-orders for 300,000 copies prior to its release, and has been sweeping the charts in Korea, Hong Kong, Taiwan and Thailand. Four of the band's 12 members are Chinese, which seems to have broaden their appeal across Asia.