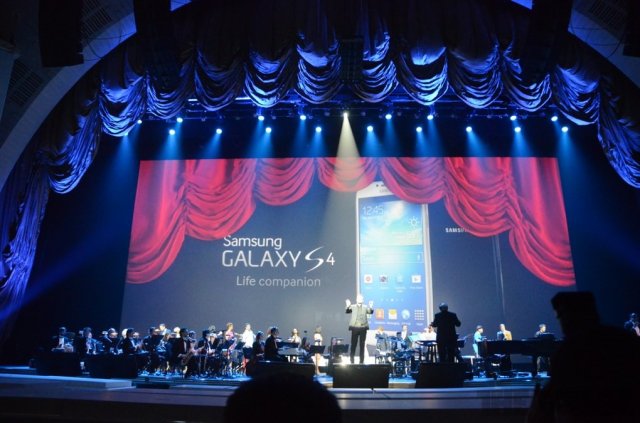 The wait is over. We now have the full, ACTUAL details on Samsung Galaxy S4. Prior to its unveiling, tons of rumors flew around… two of which sounded like extremely exciting tech innovations in and of themselves: Eye scrolling and 3D Camera. While the Galaxy S4 does not come equipped with any 3D functions, Samsung managed to unveil a pretty hefty device with game changing software nonetheless!

What gives Samsung a strong upper hand compared to other phone manufacturers is its ability to create almost all of its own smartphone components in-house. From displays to quad-core processors, the individual parts for the Galaxy S4 are all made in Korea by Samsung which makes the company independent of other suppliers (source: ZDNet). 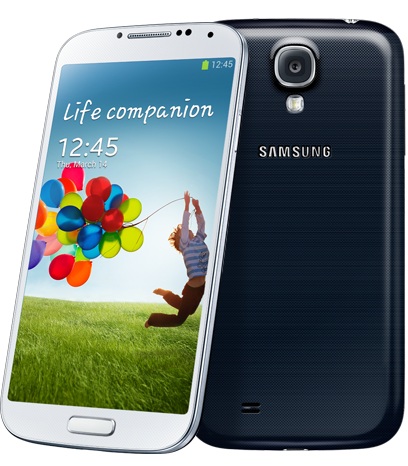 The actual design of the Galaxy S4 takes strong design cues from its predecessor and is made from the same plastic material. So how is it different? In a nutshell, the S4 is thinner and 3 grams lighter (which is great!!!). In terms of hardware, the Galaxy S4 basically takes every previous wonderful asset to the next level. The Galaxy S4 has a 5-inch HD Super AMOLED display with improved resolution at 1080p, which makes it slightly larger than the 4.8-inch display found on the Galaxy S3.

The Galaxy S4 provides better performance since its battery capacity is higher (2,600mAh, up from 2,100mAh) and the processor is also stronger (will be coming to market with either a 1.9GHz quad-core or a 1.6GHz octa-core). Also the rear-facing camera is upgraded with a boost from 8 megapixels to 13. Now remember, these are only the hardware improvements!

Tada! What are the Most Impressive New Features?

Reviewers are saying that the Galaxy S4 software is what really sets it apart from other competitors. 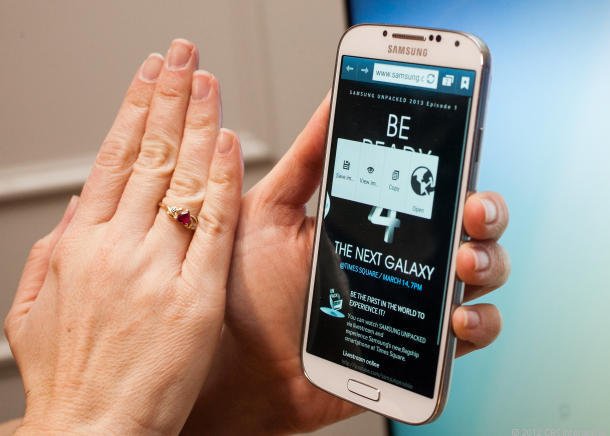 Prior to the official Galaxy S4 announcement, there were rumors that Samsung was working on an innovative eye scrolling feature. Rumors were right! "Smart pause" is a new feature that uses the front camera to detect whether you are looking at the screen while watching a video. If you look away from the screen, the video automatically pauses. Similarly, "Smart Scroll" can tell if you are looking at the screen while reading an article on a webpage. When looking at your phone, you can tilt the phone up or down to scroll up or down.

Finally, "Air View" lets you operate certain apps without actually touching the device. All you need to do is hover your finger over the display to see a preview of certain content. Plus, if you want to switch web browser tabs or skip a song on your playlist, just swipe your palm over the display. Pretty neat huh? This will come in handy when you're cooking, driving, or in any other instance when your hands are full!

Samsung updated its Siri-like voice assistant, S Voice for the Galaxy S4, too. Now when you enter your card, S Voice Drive is automatically initiated. Through it, the Galaxy S4 is capable of reading emails out loud and can also respond to text messages, check the weather and provide navigation while you are driving. The Galaxy S4 is a 'Life Companion' indeed! 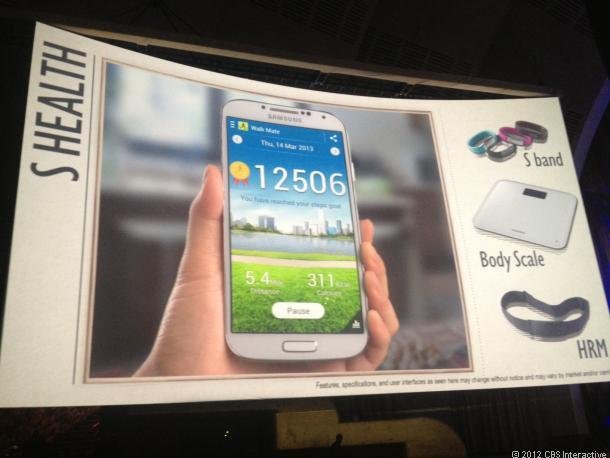 Samsung is also growing its ecosystem of offerings to include fitness/health apps and devices. The Galaxy S4 has a new app called S Health which acts sort of like a fitness diary that tracks how many calories you burn and eat. Samsung is planning to roll out three accompanying accessories called the S Band, Heart Rate Monitor (HRM) and Body Scale which together can help monitor your total fitness progress.

Whether you are travelling in a foreign country or have to quickly translate something from one of your colleagues or friends around the world, the Galaxy S4 comes in handy with its S Translator tool. This feature lets you speak in one language and have the phone translate it! At the launch event in New York, Samsung demonstrated how someone could type a question in English and then have the phone speak the translated Chinese version verbally. Pretty awesome. Other supported languages include French, Spanish, Italian and Portuguese. 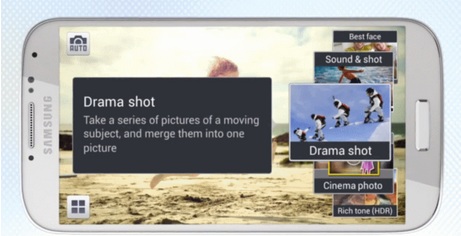 The new and improved camera on the Galaxy S4 has a whole series of features on its own. The rear camera has an autofocus 13-megapixel sensor and the front-facing camera is 2-megapixels. "Dual shot" allows the user to use both cameras simultaneously so that you can add yourself into the photo (kind of like a postage stamp). This works for video recording as well. Another neat feature is "Drama Shot" which lets you take multiple bursts of photos that can be connected for a single extended image. The new Eraser feature lets you remove unwanted elements from a photo frame. With this feature, you can edit photos to make it look like you were never there! Sneaky…

While many of the Galaxy S4 components are made by a division within Samsung, the touch screen chip is actually being supplied by a Korean touch sensor solution provider called MELFAS Inc.

The touch screen chip is the Melfas 8PL533, and is integral to making the Galaxy S4's awesome touchscreen features work. MELFAS actually developed its first semiconductor fingerprint sensor back in 2003 and has been providing touch sensor chips for many electronic devices in addition to mobile phones such as MP3 players, A/V components and home appliances.

It's not clear if there are any other Korean suppliers for the Galaxy S4 yet, but we'll update our post once we find out.

We're very happy we're no longer speculating the specs for the Galaxy S4. So many new features! What's your favorite new feature on the Galaxy S4? Tell us in the comments!

About the author by Anna C.

Avid fan of all things Korean whether it be technology, design, art or culture. I am always interested in finding and sharing the hottest innovations and trends originating from Korea. In my spare time you'll find me roaming the streets of Seoul enjoying the beautiful scenes of the city that combines both the traditional and the new.