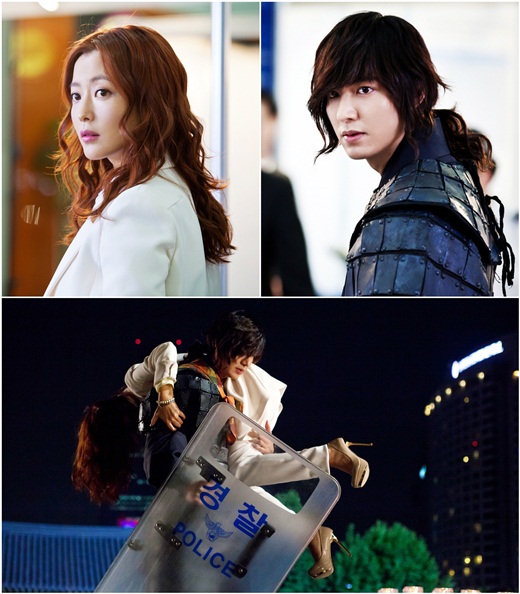 Lee Min-ho and Kim Hee-sun meet for the first time.

Choi Yeong (Lee Min-ho) travels to the modern times to take Yoo Eun-soo (Kim Hee-sun) the chosen physician back to the Koryo times.

Choi just throws her over his shoulders and kidnaps her back to his time.

The first meeting point of the two will become a very starting point of everything that happens to them with a time gap of 660 years.

""Faith" Lee Min-ho sacks Kim Hee-sun "
by HanCinema is licensed under a Creative Commons Attribution-Share Alike 3.0 Unported License.
Based on a work from this source