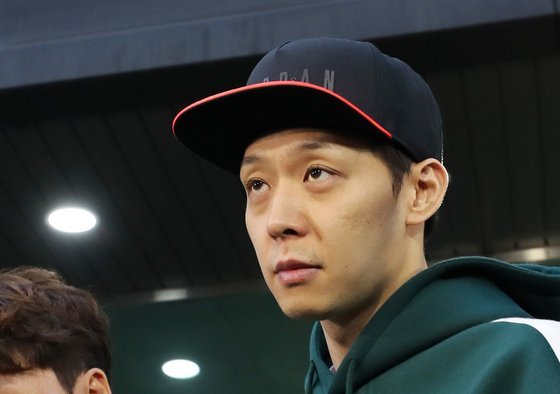 Fallen K-Pop idol Park Yoo-chun on Thursday appeared for questioning by police on drug-abuse charges with a clean-shaven body to avoid any hair samples being taken. Only his eyebrows, coiffure and leg hair remained in place.

Suspects set to undergo drug tests often appear before investigators depilated or with dyed hair in the hope that traces of drugs ingested long ago will no longer be detectable.

Park is accused of taking crystal meth with Hwang Hana (31), a granddaughter of the Hanyang Dairy Products founder, also dyed her hair before appearing for questioning.

But Park denied that was the reason and said he always gets waxed before a concert.

According to the National Forensic Service, dying hair frequently makes it less likely for traces of drugs to be found. But they can be found in hair samples taken from the armpits, pubic area and legs.

"Traces of narcotics remain in all the hair on your body and can be detected from any type of hair sample", a NFS staffer said.

Even eyelashes or fingernail samples can in theory be used, though they rarely are. But tests of hair samples taken from anywhere other than the head make it more difficult to date the drug intake.

An adult's head hair grows an average of 1 cm a month, so traces found 5 cm from the root indicates drug abuse committed around five months ago. On other parts of the body the hair does not grow so predictably, and often it merely falls out and is replaced.

Park tested negative for drug use in a urine test, but that only means he did not take the drugs in the previous few days and they could have been flushed out.

"Fallen Pop Idol Depilates Before Drug Test"
by HanCinema is licensed under a Creative Commons Attribution-Share Alike 3.0 Unported License.
Based on a work from this source