"Falsify" Kang Sin-hyo, "I don't have a choice" 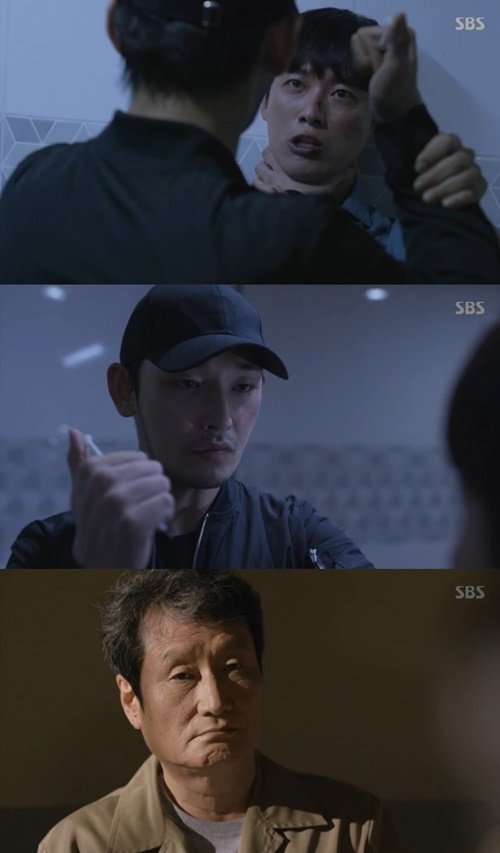 On the final episode of the SBS drama "Falsify", Moon Sung-keun, Ryu Seung-soo, and Namgoong Min were ordered to kill themselves.

Han Moo-yeong questioned him, "Was it you who sent the letter to Daehan News? Was it you that sent me materials about my brother? Why did you become their monster?"

Moon Sin-nam said, "That was the order I was given. If you had come sixteen years ago instead of Goo Tae-won, would things have turned out this way?" He shot himself in the neck with poison and said, "I was told to die if the truth came out. I don't have a choice". He chose to kill himself.

Jo Yeong-gi (Ryu Seung-soo) and Koo Tae-won (Moon Sung-keun) were also given poison shots and told to kill themselves.

""Falsify" Kang Sin-hyo, "I don't have a choice""
by HanCinema is licensed under a Creative Commons Attribution-Share Alike 3.0 Unported License.
Based on a work from this source