Family fun for the long holiday 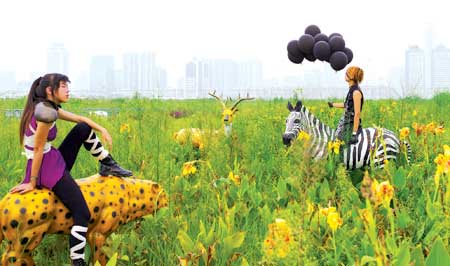 Seollal falls on Thursday this year, giving way to a long lunar New Year break that allows some people to take up to nine days off.

For those who haven't booked tickets for an exotic getaway, there is plenty to do around town - from enjoying operas straight from the New York Met at the local cinema to catching your favorite pop stars doing wild stunts on television and making family outtings to the museum. There are also many holiday discounts for performances that should not be missed. Happy Seollal! 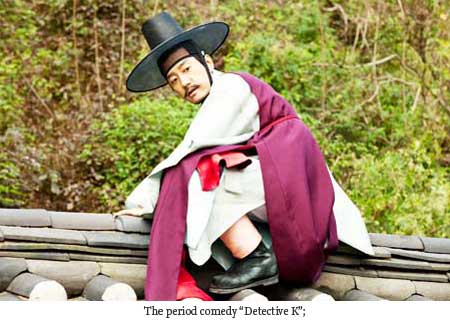 With the temperatures plummeting to the lowest in nearly 50 years, Seoulites have been opting for indoor activities. Movie theaters have been benefiting from the weather, and even more people are expected to flock to them for the latest offerings over the break.

Domestic cinema has kicked off 2011 on a positive note with Kang Woo-suk's sports drama "GLove" attracting 1 million viewers. The feel-good movie follows in the footsteps of the family comedy "Hello Ghost", which drew in over 3 million over the New Year. The box office momentum is expected to continue through Seollal, as 730,000 people watched the period comedy "Detective K" on its opening weekend. "Battlefield Heroes", another slapstick comedy set during the Joseon Kingdom (1392-1910), has also made a promising start by bringing in 390,000 viewers as of Monday. 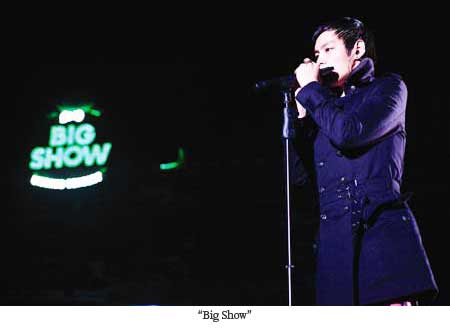 Another reason to head to theaters with the family is the 3D - an audiovisual experience that cannot be replicated at home. DreamWorks' latest 3D animation about an atypical super hero, "Megamind", continues to rank among the top 5 at the box office, while "The Green Hornet", Hollywood's first live action superhero movie using the medium, opened across theaters last week.

K-pop fans can look forward to seeing Big Bang's live concert on the big screen and in 3D "Big Bang Big Show 2010 Live Concert 3D". The boy band's "Big Show" concert held in Seoul in January 2010 attracted over 50,000 fans, and the 90-minute performance will be offered in theaters beginning Wednesday.

Also available in theaters are opera performances straight from the New York Met. At 8 p.m. on Wednesdays and 4 p.m. on weekends through November, CGV Apgujeong is offering "Met Opera on Screen", a program launched by the Metropolitan Opera that last year alone was seen by over 2 million fans in over 800 theaters across 45 countries.

In addition to enjoying operatic arias via state-of-the-art audiovisuals, "opera-goers" can view behind-the-scenes footage and interviews and narration by opera stars. The lineup includes classics such as Verdi's "Don Carlos" to more modern pieces such as "Nixon in China". Tickets cost 25,000 won. Visit www.cgv.co.kr for more information.

Beginning Wednesday, Lotte Cinema is offering moviegoers a chance to engage in a round of "yutnori", a traditional board game often played during Seollal. Those who succeed in yielding a "yut", or the highest combination of points by throwing the yut sticks, will receive special gifts - ranging from a yearlong admission ticket to Lotte World and movie vouchers to stuffed animals and even 1,000 won bills. The gifts are distributed on a first come first serve basis. Visit www.lottecinema.co.kr for more information.

Hit movies are coming to the small screen for those who don't want to venture out to the cinema.

Two recent movies starring Gang Dong-won, who is serving his mandatory military service, are on television.

"Secret Reunion" (2010) which tells the story of North Korean agent Ji-won (Kang) and former National Information Service agent Han-gyu (Song Kang-ho), is on at 1:50 a.m. on Friday, while "JEON WOO CHI : The Taoist Wizard" (2010), featuring Kang as a troublemaker in the Joseon Kingdom who becomes a modern-day superhero, will air on Friday at 9:45 p.m. on SBS.

The documentary "Don't Cry for Me Sudan" (2010), which follows the tale of the late Lee Tae-suk, a doctor and priest, who volunteered for the people of Sudan, will be broadcast on KBS1 at 10 p.m., Friday. 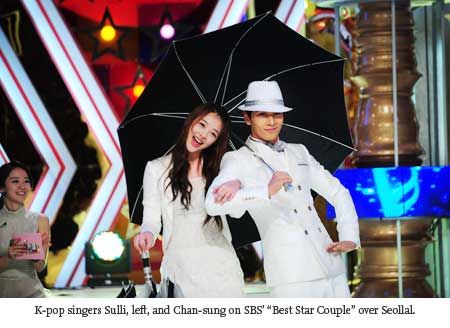 SBS' "Best Star Couple", which will air at 6:10 p.m. on Thursday, is a gathering of K-pop stars and other celebrities such as magician Choi Hyun-woo. They pair up and compete to be the best couple. Choi will present a teleportation magic trick with Victoria from f(x), while Moon Hee-jun, Kim Dong-wan and Chang-min from 2AM will perform the "military-style" dances of Girls' Generation.

"Idol Track, Field and Swimming Championships", Saturday and Sunday at 8:40 p.m. on MBC, is an upgraded version of "Idol Track and Field Championships", which was one of the most popular programs during the last Chuseok holiday.

Some 140 K-pop singers - from SHINee and 2PM, to Miss A and T-ara - will compete in various athletic events including a 50-meter sprint, high jump, 400-meter relay and 50-meter swimming race. 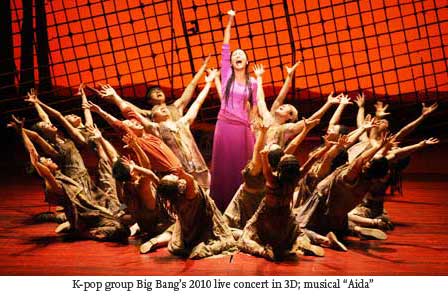 "Aida", the spectacular musical by Disney, offers a 20 percent discount on VIP and R tickets, 30 percent on S and A tickets and 50 percent for B-level seats until Sunday.

The musical presents the tragic love story of Aida, the Nubian princess, and Egyptian general Radames, the fiance of princess Amneris, against a backdrop of picturesque Egypt. The musical runs through March 27 at the Opera Theater of Seongnam Art Center, south of Seoul. The show is closed on Thursday. 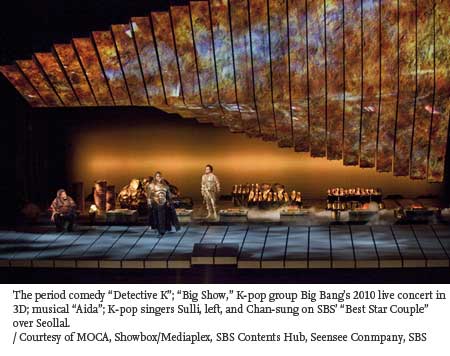 "Tears of Heaven", which raised its curtain Tuesday, offers a 20 percent discount on all seats from Wednesday to Friday.

The ambitious work by Seol & Company has a star-studded cast and top-class creators such as composer Frank Wildhorn and set designer David Gallo. Kim Jun-su of JYJ and Broadway star Brad Little play a Korean soldier sent to Vietnam and an American Colonel, respectively.

"Tears of Heaven" is at the Haeoreum Theater of the National Theater of Korea, central Seoul. Call 1544-1555 for more information.

If your family is looking to take in some progressive visuals over the holiday, head toward the National Museum of Contemporary Art, Korea (MOCA).

The main branch in Gwacheon, south of Seoul, is offering free admission from Wednesday to Sunday. Current exhibitions include "Made in Popland", a group exhibition featuring contemporary artists from Korea, Japan and China; "Out of the Silent Planet", a showcase of MOCA's media art collection; and the educational program "Children's Friends: Dolls and Robots", where kids can create solar photon cars.

The National Museum of Contemporary Art, Deoksu Palace is also offering free admission to its "Picasso and Modern Art" exhibition from Wednesday to Friday for visitors born under the Rabbit (must show a valid ID card).

"Family fun for the long holiday "
by HanCinema is licensed under a Creative Commons Attribution-Share Alike 3.0 Unported License.
Based on a work from this source