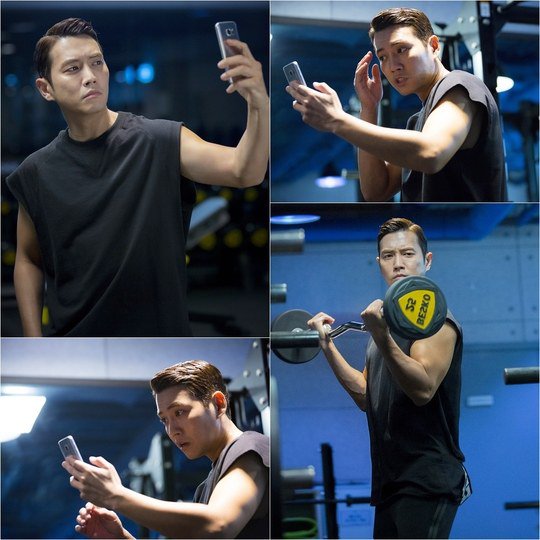 Stills of actor Joo Sang-wook starring in the new JTBC drama "Fantastic" were released on the 9th.

Joo Sang-wook transforms into a top star named Ryu Hae-seong who is terrible at acting. He is extremely handsome and is desirable in every way despite his poor acting. His nicknames are 'Balcaprio', 'Robot Hae-seong' and such. However, his luck picks him up on the waves of Hallyu and becomes a successful actor in China as well.

Joo Sang-wook in the pictures looks completely engrossed in himself. He is conscious of everyone around him at the gym and is so full of himself. He takes selfies of himself and even pretends to be surprised at his handsome looks.

Apparently Joo Sang-wook has given more than anticipated so far and many are looking forward to the results.

Meanwhile, "Fantastic" can be seen on the 2nd of September on JTBC.

""Fantastic" Joo Sang-wook, a sly fox"
by HanCinema is licensed under a Creative Commons Attribution-Share Alike 3.0 Unported License.
Based on a work from this source