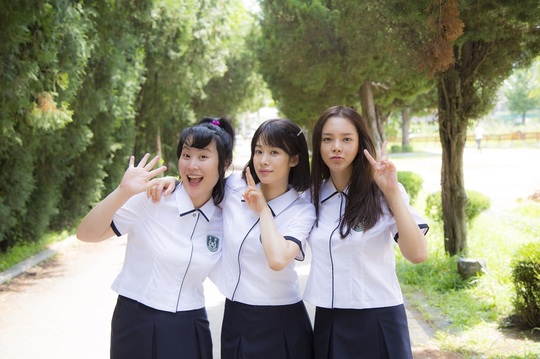 Kim Hyun-joo (Lee So-hye), Park Si-yeon (Baek Seol) and Kim Jae-hwa (Jo Mi-sun) were in a recollection scene when they were teenagers. Park Si-yeon is holding a mop in one hand and Kim Hyun-joo is holding a hose; it's as if they are going to get into a fight. In another picture, the three of them look playful with their hands on each others' shoulders.

This recollection belongs to So-hye as she thinks about the times she wasn't afraid of anything. These teenage girls have grown up to be a workaholic drama writer, a madam of a law firm representative and a hairdresser.

"Fantastic" sources say these three actresses work really well together and the sister-romance between them is something that stands out in the drama. 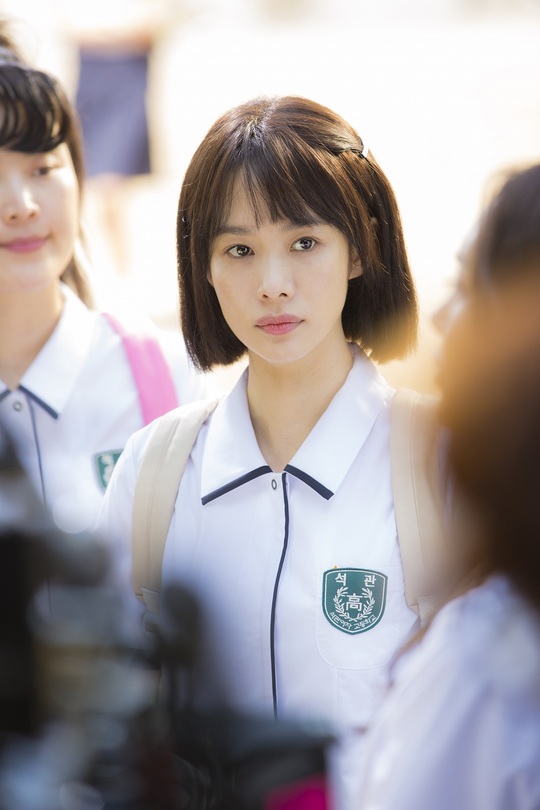 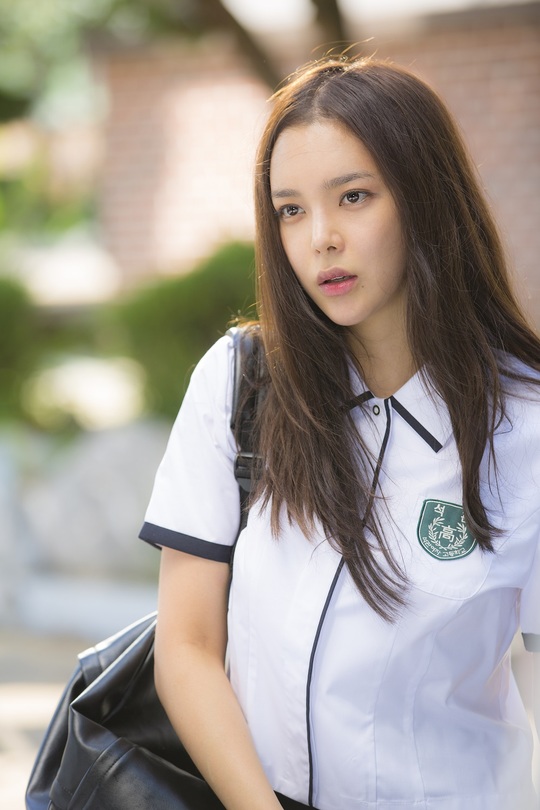 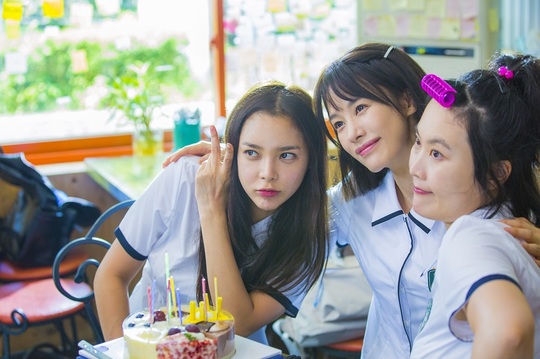 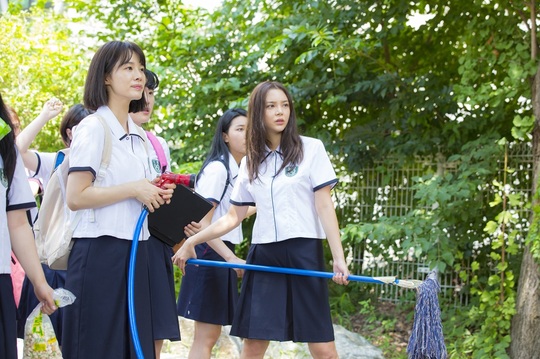 ""Fantastic" Kim Hyun-joo and Park Si-yeon in uniforms"
by HanCinema is licensed under a Creative Commons Attribution-Share Alike 3.0 Unported License.
Based on a work from this source