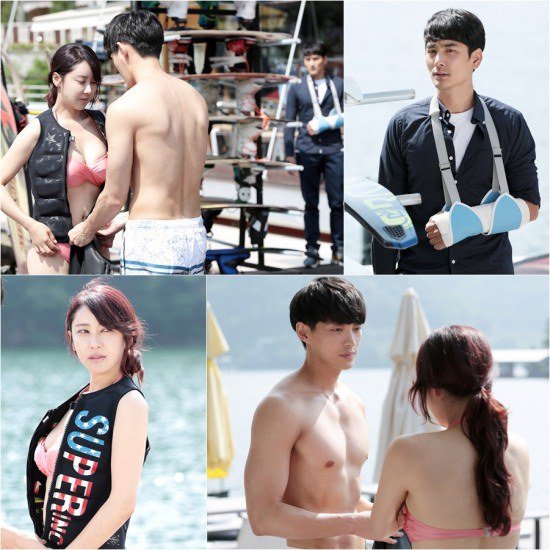 Actress Kim Se-in, actors Ra Yong and Ahn Sang-hwi are going to be in a three-way romance.

"A Woman's Reason" is about a man named Cheon-doong (Ra Yong) who lost his sexual functions and his wife Ip Se leaving on a suicide trip but ending up meeting a good looking man named Ha Gyoon.

Ahn Sang-hwi is helping Kim Se-in get into a life vest but both are careful as she is married to Ra Yong.

Not only that, Ra Yong sends jealousy signals to the other two and Kim Se-in seems to have noticed it.

Kim Se-in and Ahn Sang-hwi show off flawless bodies in the stills.

Dramatized from artist Park In-kwon's original comic, "Female War" is an omnibus IPTV exclusive content that can be seen on IPTV VOD.

""Female War" Kim Se-in, Ra Yong and Ahn Sang-hwi in a sexy three-way romance"
by HanCinema is licensed under a Creative Commons Attribution-Share Alike 3.0 Unported License.
Based on a work from this source