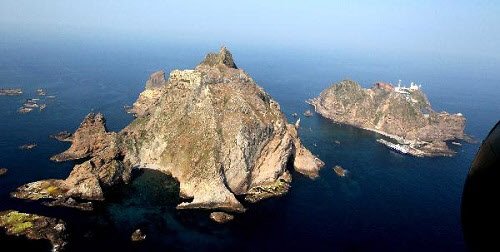 The impact of the April 16 ferry disaster has led to a marked decline in the number of people visiting the remote Dokdo islets due to safety concerns.

Dokdo is not particularly hospitable but stirs patriotic feelings among many Koreans, who see it as a duty to visit in the face of a flimsy colonial claim to the islets from Japan.

According to figures Saenuri Party lawmaker Park Myung-jae obtained from the Ulleung Island government, which has jurisdiction over Dokdo, 65,280 people visited Dokdo from April 17, the day after the ferry sinking, until Aug. 3, down 55.3 percent compared to the same period of 2013.

The number of visitors to Dokdo has grown since the government allowed people to set foot on the islets in March 2005.

An aide to Park said, "Since the ferry tragedy, many school trips to Dokdo have been canceled and a widespread fear of traveling on ships has led to a decline in the number of visitors".