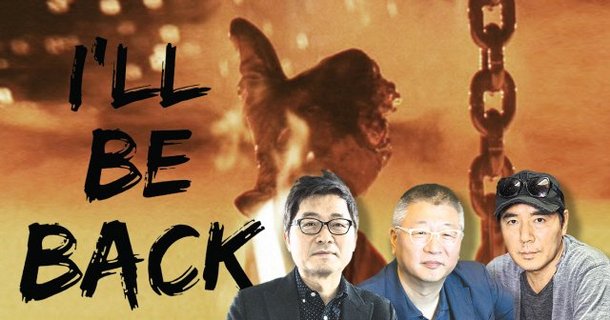 Director Kang Je-gyu changed the paradigm of the Korean film industry. When he came out with the 1999 spy film "Shiri" worth less than 3 billion won, he was sure Korea could be like Hollywood. "Shiri" not only set a record of 6 million admissions, but it grew the size of the domestic Box Office to an unprecedented level.

However, "Shiri" was just the beginning of Kang Je-gyu's success. Five years later, "Taegukgi" hit 11,740,000 admissions. What was amazing about the box office was that the technology was more advanced than "Shiri" and the scale of a war blockbuster was combined with delicate emotional production. Hollywood wanted him and it looked like he was set for life.

However, when "My Way" (2011) based on WW2 came out, despite the astronomical amount of money spent on production, it attracted only 2.14 million viewers. Considering that the director was Kang Je-gyu and led by Jang Dong-gun and Joe Odagiri, it was a meager record. Four years passed and Kang Je-gyu, who was an icon for successful directing, decided to comeback with a small-scale, heartwarming film. "Salut D'Amour" had many merits, but unfortunately, it did not produce any meaningful results in terms of box office success.

Like director Kang Je-gyu, star directors who reigned in chungmuro, or Korean film, once but have seen bitterness of failure in their latest films, are aggressively preparing for the next films. If these directors, who have a long history of directing and know-how in production, succeed in making a successful comebacks, the scope of chungmuro, which is always suffering from exhaustion of material, will be expanded as well.

In spite of the recent two consecutive failures, director Kang Je-gyu is preparing "Boston 1947" with Ha Jung-woo, the great leader of chungmuro. This movie tells the true story of Suh Yoon-bok, who participated in the 1947 Boston Marathon before the establishment of the Korean government and won the title for the first time among Asians, and Son Ki-jung, the coach of the Korean track and field team. With the last stage of free production in full swing, director Kang Je-gyu plans to finish casting actors and arranging places and start shooting starting this summer.

"Friend" director Kwak Gyeong-taek is also busy with his next film after having suffered the failure of his previous film. "RV: Resurrected Victims", a Korean SF mystery thriller only managed to reach out to 300,000 viewers. "The Battle of Jangsari" which is currently in production, is a reproduction of the long-range landing operation by 772 school soldiers during the Korean War. It drew attention when it became known that Hollywood star Megan Fox, including Korean actors Kim Myung-min and Kim In-kwon will be participating in it.

Director Kim Jee-woon, a stylish director in chungmuro, is someone who has always displayed the highest quality in his work in various genres such as "A Tale of Two Sisters" and "The Good, the Bad, the Weird". However, the SF blockbuster "Illang : The Wolf Brigade", which was released last year, produced pretty disappointing results in the box office and reviews. It's not an overstatement to say that "Illang : The Wolf Brigade" was his first failure ever since he debuted in 1998 with "The Quiet Family". Kim Jee-woon has decided to direct the drama "Cloud 47", which will be produced by Canal Plus in France, and is busy preparing for the film.

"Film Directors Endeavor to Expand Korean Film"
by HanCinema is licensed under a Creative Commons Attribution-Share Alike 3.0 Unported License.
Based on a work from this source