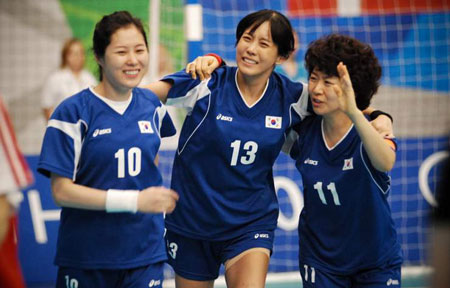 A sports film festival marking a show of support for Korean athletes in the London Olympics next month will be held from July 2 to 5 at the Daehan Cinema in Chungmuro, Seoul.

The opening film is "Forever the Moment", based on the true story of the Korean women's handball team.

Other films to be featured include "Take Off", "Fighting Spirit", and "Pacemaker". "As One" will close the festival.

"Film Festival to Boost Korean Olympic Athletes"
by HanCinema is licensed under a Creative Commons Attribution-Share Alike 3.0 Unported License.
Based on a work from this source