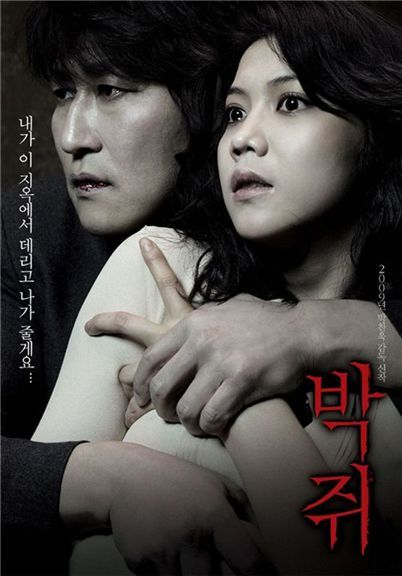 The Korea Film Reporters Association (KOFRA) held the 1st Korean Film Award on Wednesday, naming Song best actor for his role in film "Thirst" and Kim as best actress for her role in "Mother - 2009".

Song, 43, is considered one of Korea's most successful actors who has starred in a handful of hit films including "Memories of Murder", "The Host" and "Thirst", which won the Jury Prize at Cannes earlier last year.

Kim, 68, is a veteran actress who has received more than a few appraisals for her performance in "Mother - 2009" helmed by director Bong Joon-ho. The pic also took the prize for best picture at the event last night.

Other awards were handed to director Yang Ik-june for "Breathless" and the ceremony also honored the late Jung Seung-hye, former chief of movie production company Achim. She was well-known for producing hit movies "The King and the Clown" and "Radio Star". 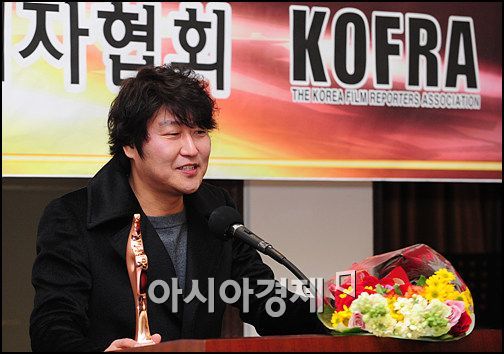 "Film journalists pick Song Kang-ho, Kim Hye-ja top actors"
by HanCinema is licensed under a Creative Commons Attribution-Share Alike 3.0 Unported License.
Based on a work from this source