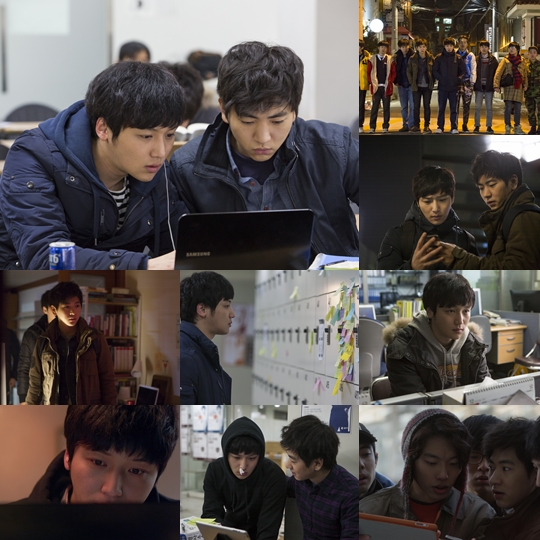 While the movie is scheduled to be released on March 12th, they have released the stills to reveal some of the breathtaking suspenseful scenes of the film.

Byun Yo-han, one of the Chungmuro's rising stars, and Lee Joo-seung, the actor with the powerful presence, bring out their explosive acting performance through the movie. Along with the brilliant actors, the stills have exposed the breathtaking suspenseful battle.

"Socialphobia" is a crime chase movie that traces back how the victim of SNS bullying died. Byun Yo-han, the beloved star from the drama, 'Incomplete Movie', took the role as Ji-woong, a police hopeful, who gets involved in a real-life fight outside SNS accidentally and Lee Joo-seung, from the recently completed drama, "Pinocchio", took the role as Yong-min, who participates in the fights for fun.

As the movie deals with the reality of SNS bullying such as hateful SNS comments, stalking, and live streaming of fight outside SNS in such a fast-paced way, viewers can get a good glimpse on the suspenseful thrills of the movie.

"Socialphobia" was is a full length movie debut project by the award winning director Hong Seok-jae, who has been recognized for his young trendy artistry and the level of perfection for short films, "Film", and "Keep Quiet". The movie will be released on March 12th.