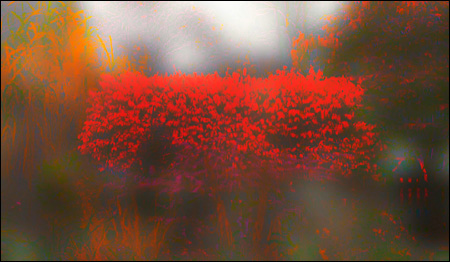 Korea has its fair share of thematic film festivals but a couple of upcoming events will offer moviegoers a unique opportunity to reflect on human rights in North Korea and the spirit of experimentalism in filmmaking.

These so-called "off commercial" films include experimental work, documentaries and other audiovisual content created for non-profit purposes, featuring mixed media and unconventional crossover elements, according to festival organizers.

This year, fans will be able to view 11 experimental films, seven documentaries and two media art pieces that have been selected among some 150-plus submissions. There will be screenings and exhibitions highlighting U.S. filmmaker Ken Jacobs, New German Cinema icon Werner Herzog and German video artist Max Hattler.

"More than a film festival, the event aims to be an extensive art gala. It does not cater for commercial or mainstream ends but rather for public interest, to bring experimental works closer to the general audience", said the festival organizers. And so, the festival will have docent-led tours to better understand featured pieces.

There is also a special section "Off in Focus" featuring 20 works by emerging local media artists that break away from traditional narrative forms. "Off in Practice" on the other hand introduces 16 films and media installations by renowned artists from near and far, such as "Living Symmetry" by Korea's Park Jae-gyu and "Burning Bush" by the United Kingdom's Vincent Grenier.

Festival goers will also be able to view early-20th-century graphic films and abstract pieces that were precursors to contemporary animations. The section juxtaposes creations by artists such as Andrew Rosinski, Simon Payne and Hattler.

Not to be missed are winning pieces of the Japan Media Arts Society, the foremost event in the neighboring Asian country for entertainment, animation and comics. The selection includes films that have been invited to esteemed international festivals such as Ars Electronica, SIGGRAPH (Special Interest Group on Graphics and Interactive Techniques) and Annecy Animated Film Festival. 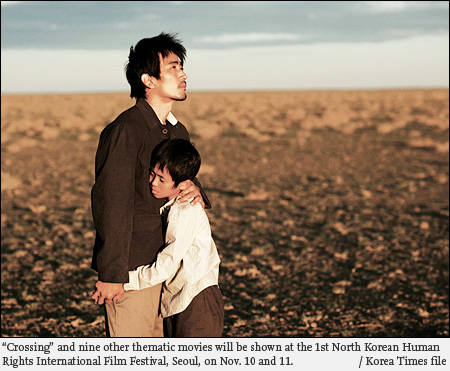 A film festival aims to shed light on human rights in North Korea.

The lineup includes 10 films including medium- and short-length works produced on budgets provided by the festival as well as documentaries and features.

Works specially produced for the occasion include "North Korea VJ" by Jiro Ishimaru and "Inside" by Lee Sang-heon, among others.
Thematic films that have previously opened in general theaters will revisit the big screen: "Crossing" by Kim Tae-gyoon starring popular actor Cha In-pyo, "Dooman River" by Zhang Lu, "The Winter Butterfly" by Kim Gyoo-min-I and "Kimjongilia" by N.C. Heikin.

"We hope young people will take more interest in North Korean human rights issues through the festival", said Lee Jang-ho, filmmaker and director of the festival.

"Films probe experimentalism, human rights"
by HanCinema is licensed under a Creative Commons Attribution-Share Alike 3.0 Unported License.
Based on a work from this source