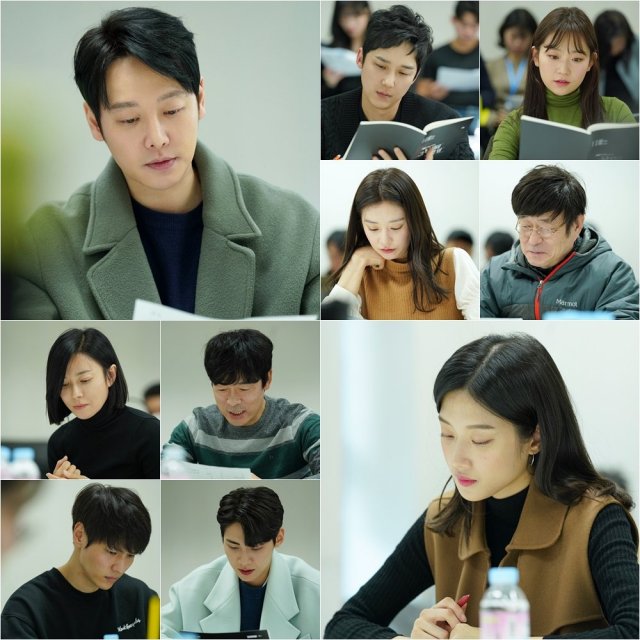 The new MBC drama "Find Me in Your Memory" had its first script reading on the 12th.

The drama is a romance between Lee Jeong-hoon (Kim Dong-wook), a next-generation anchor with hyperthymesia (highly superior autobiographical memory) who remembers things all the time, and rising star Yeo Ha-jin (Moon Ga-young), a 'scandal maker' who forgets the most important time in her life.

"Find Me in Your Memory" is written by Kim Yoon-joo from "Queen In-hyun's Man" and "Nine: Time Travelling Nine Times" and helmed by Oh Hyeon-jong from "Weightlifting Fairy Kim Bok-joo" and "Two Cops".

Oh Hyeon-jong stated, "I thank everyone for trusting me to be in this drama and I'll do my best not to bring anyone in harm's way".

Kim Dong-wook in the role of national anchor Lee Jeong-hoon, who remembers everything, said, "I hope we end the drama on good terms and good health. I will do my best to be the best at my character".

Moon Ga-young in the role of issue maker Yeo Ha-jin, an actress, said, "It's an honor to be here. I hope everyone is well in this cold winter".

The drama begins on the 18th of March.