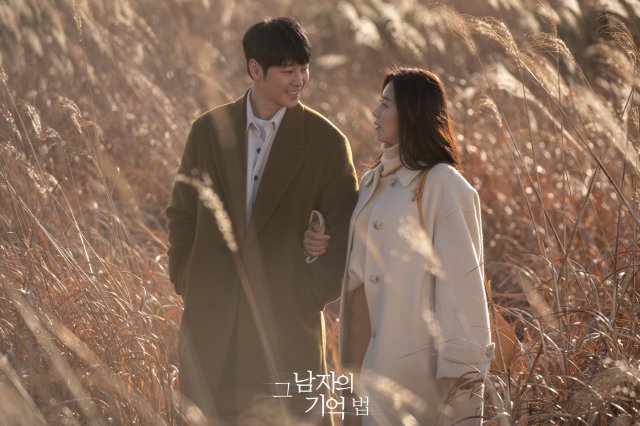 The characters of Kim Dong-wook and Lee Joo-bin in MBC's new drama "Find Me in Your Memory" were spotted on a date, raising questions about their relationship.

The drama is a romance between Lee Jeong-hoon (Kim Dong-wook), a next-generation anchor with hyperthymesia (highly superior autobiographical memory) who remembers things all the time, and rising star Yeo Ha-jin (Moon Ga-young), a 'scandal maker' who forgets the most important time in her life.

Kim Dong-wook and Moon Ga-young take up the main roles of the drama, while it is directed by Oh Hyeon-jong and written by Kim Yoon-joo. Meanwhile, Kim Dong-wook and Lee Joo-bin (Jeong Seo-yeon) have been spotted in a field of reeds. 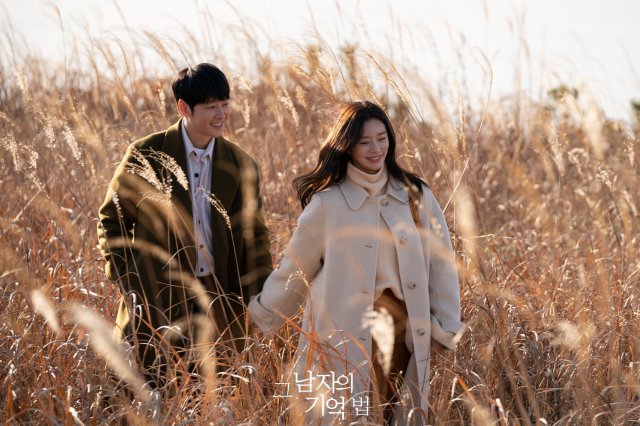 They are walking with no one around. Lee Joo-bin has her arm in Kim Dong-wook's, telling him something while he is looking at her lovingly. Then he can't stop smiling at her as she pulls his arm after her.

Previously, Kim Dong-wook appeared bad-tempered and charismatic, but now he's warm and smiling. However, the happiness around the couple in the field of reeds looks somewhat bitter, like a dream.

Lee Joo-bin's character is supposed to be an important turning point in Kim Dong-wook's character's life and they turn each others' lives upside down.

""Find Me in Your Memory" Releases Stills of Kim Dong-wook and Lee Joo-bin on a Date "
by HanCinema is licensed under a Creative Commons Attribution-Share Alike 3.0 Unported License.
Based on a work from this source