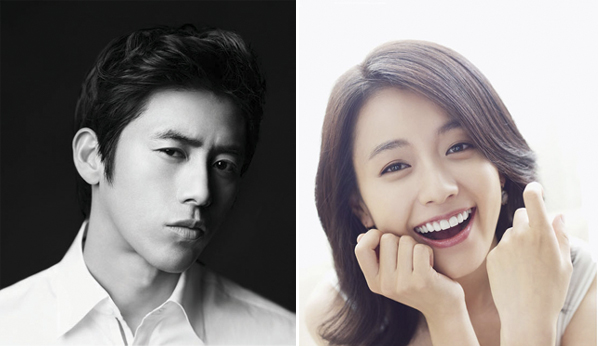 Seoul-based sales company Finecut has announced it will be selling the upcoming film "Love 911" starting at the Hong Kong Filmart next week. Starring Go Soo and Han Hyo-joo, the film is about an unlikely romance between a dedicated firefighter with a painful past and a cold-hearted emergency room (ER) doctor who is solely focused on her career.

JUNG Ki-hoon (also known as Jeong Gi-hoon) is directing the film. Jung previously made his feature debut with the drama "Ae-ja" in 2009. The film won the Best Director for Asian New Talent Award at the Shanghai International Film Festival in 2010 and also screened in the Seoul International Youth Film Festival (SIYFF) the same year.

Go Soo was previously in films such as the 2004 thriller "Some", the mystery thriller "White Night" in 2009, and the sci-fi drama "Haunters" in 2010. His most recent performance was in the Korean War film "The Front Line", South Korea's Academy Award foreign language film category submission. He plays a firefighter who has lost his wife while on duty in "Love 911".

In the film, Han Hyo-joo plays a cold and focused ER surgeon who continually bumps heads with Ko's character and they eventually fall in love with each other.

Han gained international popularity with her performances in Korean TV dramas like "Spring Waltz", "Shining Inheritance" and "Dong Yi". She starred opposite So Ji-sub in director Song Il-gon's recent melodrama "Always", which opened the Busan International Film Festival last October. She is also to appear opposite Lee Byung-hun in the upcoming historical drama "Masquerade" (working title).

"Love 911" will start principal photography early next month. Finecut will be making more information available at their sales booth at Hong Kong Filmart.

"Finecut dials up Love 911"
by HanCinema is licensed under a Creative Commons Attribution-Share Alike 3.0 Unported License.
Based on a work from this source