Finecut does a raft of sales in Busan, Mipcom 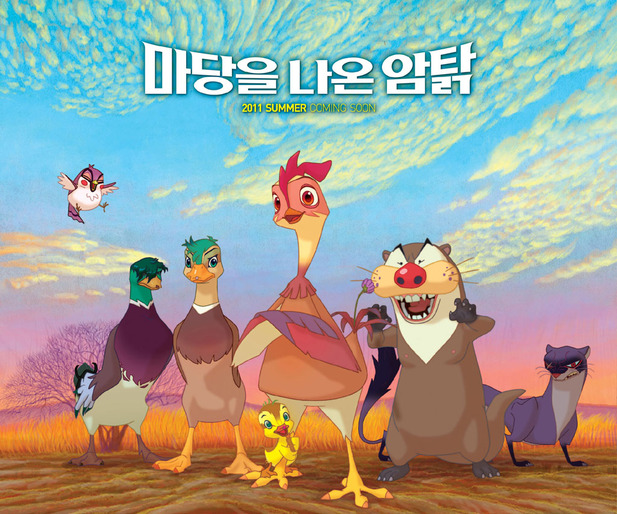 Seoul-based sales company Finecut has announced its recent deals done at the Asian Film Market and Mipcom which include the animation "Leafie, A Hen Into The Wild" selling to Portugal, Russia and Indonesia.

Korea's top-grossing domestic feature animation ever, "Leafie, A Hen Into The Wild" took in 2.2 million admissions at the nationwide box office. The film received special attention at Mipcom where it was selected for a premiere screening at Mipjunior.

"Poongsan", written and produced by Kim Ki-duk and directed by his protégé Juhn Jai-hong, was sold to Asia Films for Japan in addition to its pre-sales for French-speaking territories to Pretty Pictures.

Asia Films previously released another Finecut title, "Crossing", which has grossed approximately US$1.2 million at the Japanese box office.

"Poongsan" will have its international premiere at the upcoming Rome Film Festival in the Competition section and is also invited to the competition at Tokyo Filmex.

Director Park Chan-kyong is also developing a supernatural horror film with Finecut which was at the Asian Project Market (APM).

The sales company's other deals for Japan includes "Hello Ghost" to Twin and the fantasy thriller "Hansel and Gretel" to Asia Films.

Their other deals include titles screened at the market "Blind", "The Cat" and "Marrying the Mafia IV - Family Ordeal"which were sold to Eagle International for Taiwan.

"Finecut does a raft of sales in Busan, Mipcom"
by HanCinema is licensed under a Creative Commons Attribution-Share Alike 3.0 Unported License.
Based on a work from this source