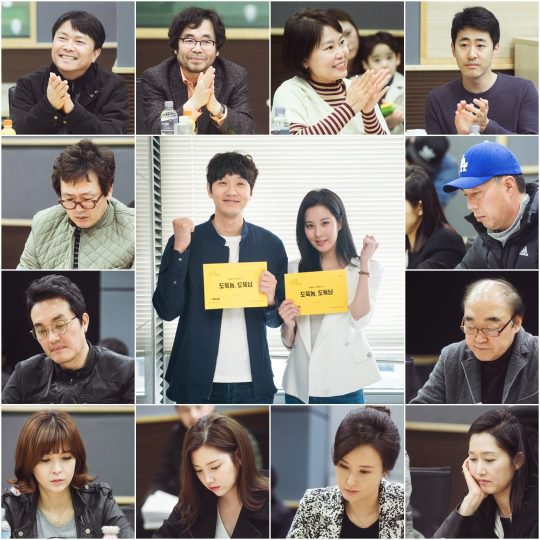 "Bad Thief, Good Thief" is the story of thieves who affect the authorities that manipulate Korea. It serves to bring satisfaction to those who are frustrated at the reality of the world.

Director Oh Kyeong-hoon started the script reading with a speech.

Ji Hyun-woo and Seohyun were very eager as they are the leading characters of the drama and approached all the other cast first to greet them. During break times, they analyzed their characters with sincerity.

Scene-stealers Ahn Kil-kang, Choi Jong-hwan, Kim Jung-tae, Shin Eun-jung and others brought up the intensity of the room with their outstanding performances which made it seem like the real thing.

"Bad Thief, Good Thief" will be released in mid-May.

"First script reading for upcoming MBC weekend drama "Bad Thief, Good Thief""
by HanCinema is licensed under a Creative Commons Attribution-Share Alike 3.0 Unported License.
Based on a work from this source