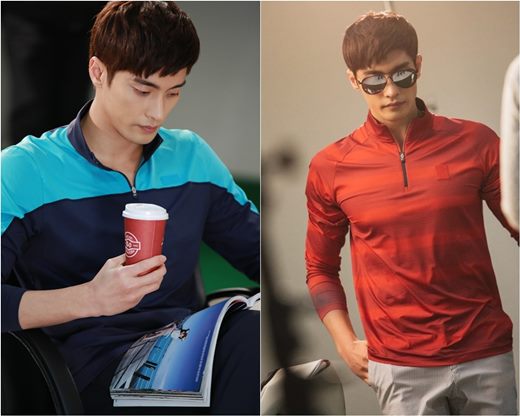 The pictures show Sung Hoon looking handsome with his features standing out and his lean muscles lining his body.

During break he drinks coffee and reads a magazine, making every move he makes like a scene from a movie.

His agency says, "Sung Hoon has been maintaining his muscles and physical shape through continuous workout and training".

Meanwhile, "Five Children" will be broadcast on the 20th at 7:50PM.

""Five Children" Sung Hoon's perfect looks"
by HanCinema is licensed under a Creative Commons Attribution-Share Alike 3.0 Unported License.
Based on a work from this source