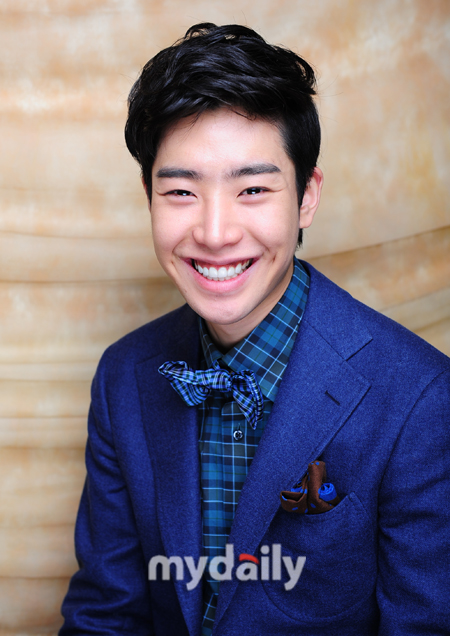 Rookie actor Park Min-woo decided to star in the KSB 2TV sitcom "I Need a Fairy".

His management Oh Boy Project announced on the 22nd, "Park Min-woo had confirmed to star in the sitcom "I Need a Fairy". He will be working with Cha In-pyo, Hwang Woo-seul-hye and more.

Park Min-woo made his debut through the tvN cable drama "Flower Boy Ramyun Shop". As Kim Ba-wool, the foster son of a priest in the drama, Park Min-woo was well known starting from his debuting drama.

In "I Need a Fairy", he is going to take on the role of Cha Gook-min, son of Cha Se-joo (Cha In-pyo). Cha Gook-min looks like the royalty type but loses everything when he opens his mouth to talk. He goes around auditioning to become an actor behind his father's back but his lack of talent always fails him.

Attempting at a sitcom for the first time, Park Min-woo said, "I am quite nervous. I am also honored to work with so many seniors. I want to learn a lot as well as show a lot of myself through this".

""Flower Boy" Park Min-woo's first sitcom "I Need A Fairy""
by HanCinema is licensed under a Creative Commons Attribution-Share Alike 3.0 Unported License.
Based on a work from this source