"For The Emperor", 3rd place at the box office 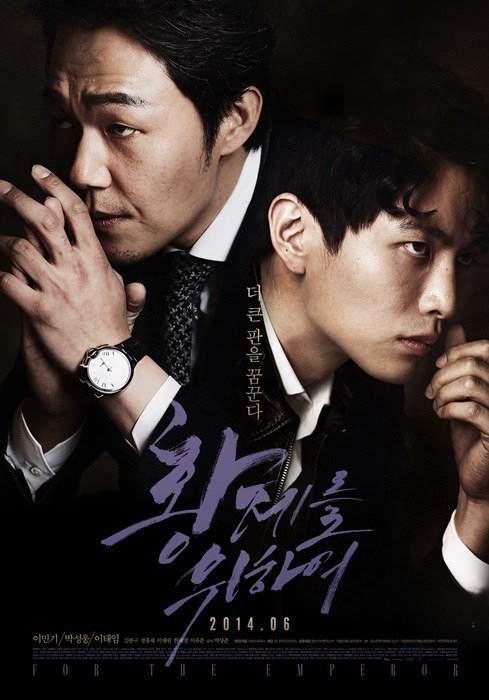 "For The Emperor" ranked third place on the day it was released.

According to the Korean Film Council, "For The Emperor" accumulated 93,672 audiences on the 12th alone and came in third at the box office.

The late night viewing of the film alone gathered 40 thousand or so people.

With its first weekend coming up, it looks like "For The Emperor" is going to have a tight competition with "A Hard Day", which stars Lee Sun-kyun and Cho Jin-woong. Three weeks into release, "A Hard Day" is currently at 56,535 audiences on the 12th, leaving only a 5,000 gap between "For The Emperor".

"Edge of Tomorrow" is currently in the lead which means the two Korean movies are bound to have competition.

"For The Emperor" is about former pro baseball player named Lee Hwan (Lee Min-ki), stepping into the world of gangs under Sang-ha (Park Sung-woong).

""For The Emperor", 3rd place at the box office"
by HanCinema is licensed under a Creative Commons Attribution-Share Alike 3.0 Unported License.
Based on a work from this source