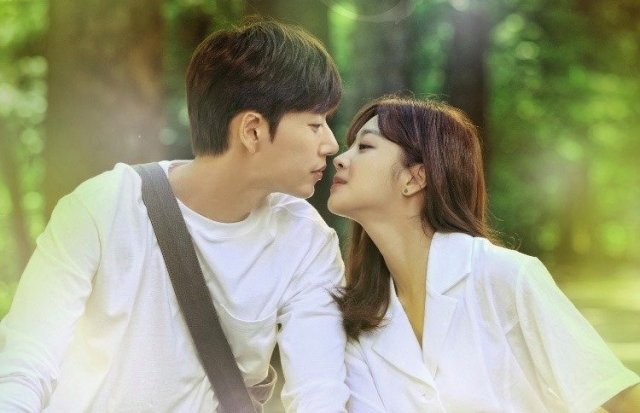 There are two works waiting for viewers with 'healing romance' amidst dark and tense dramas. They are KBS 2TV's "Forest" and jTBC's "I'll Visit You When the Weather Is Nice".

There have been a number of works in the first half of this year that provide a sense of tension, by tracking down serial killers and digging up social absurdities. First of all, a prophet who sees the moment before his death in "The Game: Towards Zero", in which he delves into the secrets associated with a killer 20 years ago, has a common denominator with OCN's new drama "Tell Me What You Saw", a suspense thriller that tracks a serial killer who was thought dead.

TvN's "The Cursed" is a mystery thriller about Im Jin-hee, a righteous reporter trying to uncover the secrets of Korea's largest IT company, Forest, meeting So-jin, a strong-spirited girl with special abilities, and fighting injustice. Kim Hye-soo and Ju Ji-hoon's SBS drana "Hyena" and Jo Jung-suk and Yoo Yeon-seok's tvN drama "Hospital Playlist" are also getting ready to take off.

In this 'genre flood', there is a healing romance that is filled with heavy emotions, feelings and warm emotions, even without the kind of tension that makes you sweat like a genre drama does. "Forest", which will air on January 29th, is the first drama in Korea to be set in a forest. The story is about people who have been hurt in realistic desires who gather in mysterious "Forest" spaces to look into the nature of happiness and heal wounds. The cast includes Park Hae-jin, Jo Bo-ah, No Gwang-sik, Jung Yeon-joo and Ryu Seung-soo.

Although the identity of the forest space and the scars of the main characters are still shrouded in mystery, the production team expects "Forest" to be a drama that conveys a message of deep emotion and humanity to modern people who are looking for healing amidst a harsh reality. The production claims the drama will be like a walking date in the forest with birds, wind, flowers and trees, unlike common cafe or movie theater dates, and it is going to be a real healing and comfort to those who are hurt in the city life. 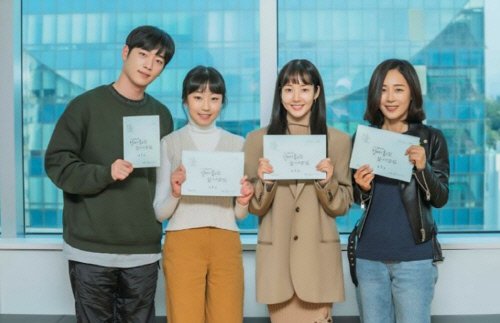 KBS 2TV's "When the Camellia Blooms", which recorded the highest viewer rating for a mini-series last year, has created a box-office legend in comparison to other dramas that cost billions of won to make. Attention is focused on whether "Forest" and "I'll Visit You When the Weather Is Nice" will gain favorable responses from viewers due to their different emotions from other dramas that are aired around the same time.

""Forest" and "I'll Visit You When the Weather Is Nice" Bring Healing Romance"
by HanCinema is licensed under a Creative Commons Attribution-Share Alike 3.0 Unported License.
Based on a work from this source