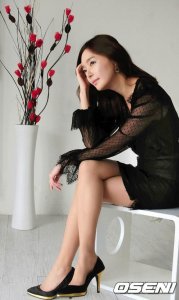 Actress Kim Yun-joo, 29, a former Miss Korea, will get married to an unidentified businessman at the Grand Hyatt Hotel in Seoul at 6 p.m. on Aug. 28.

Kim and the would-be-husband met at the end of last year following a friend's introduction, according to Kim's agency.

She started her entertainment career after winning first place at the beauty pageant in 1999 as a college student.