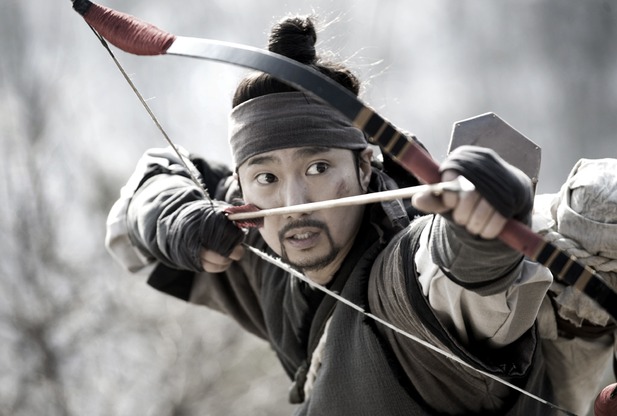 Park Hae-il was nominated in the Asian Film Awards' Best Actor category for his performance in "Arrow, The Ultimate Weapon", the top domestic film last year in South Korea. Park played a character who is forced out of his shell to wage a one-man war to save his sister and her fiancé when they are taken by foreign invaders.

The up-and-coming young actor Lee Je-hoon was recently voted Best New Director by Korea's leading film magazine Cine21 for his performances in "The Front Line" and "Bleak Night". Kim Woo-hyung also made that same list as Best Cinematographer for his work on "The Front Line" and "Late Autumn - 2010". His long list of credits include IM Sang-soo's "The President's Last Bang" and "A Good Lawyer's Wife" as well as Jang Sun-woo's "Lie".

Ryoo Seong-hee also won the Blue Dragon Award for Best Art Direction last year for her work on "The Front Line". Like Kim, she has also worked with Korea's top directors on films such as Bong Joon-ho's "Mother - 2009" and "The Host", Park Chan-wook's "Thirst" and Kim Jee-woon's "A Bittersweet Life".

The Asian Film Awards Presentation Ceremony will be held at Hong Kong Convention and Exhibition Centre Grand Hall on March 19.

"Four Korean nominations at the Asian Film Awards"
by HanCinema is licensed under a Creative Commons Attribution-Share Alike 3.0 Unported License.
Based on a work from this source