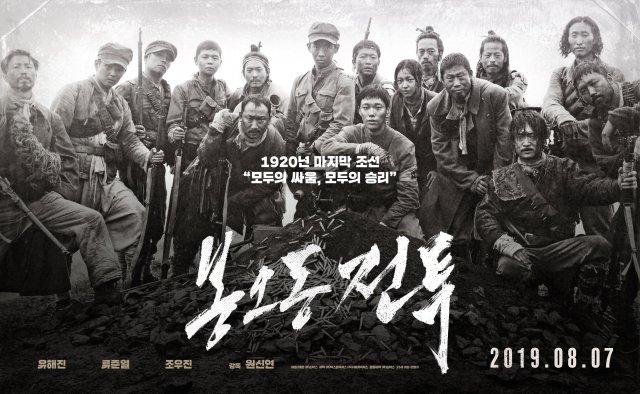 "The Battle: Roar to Victory" has attracted over 3 million viewers in just nine days since its release last week, according to the Korean Film Council.

The historical film is about Korean independence fighters' first victory against the Japanese Imperial Army on the battlefield in June 1920.

The timing of the release worked in favor of the movie, just as strong anti-Japanese sentiment started to resurface in Korea following Japan's trade war against Korea, and Liberation Day on Thursday.