Friendly Drama Competition Between Past Co-Stars 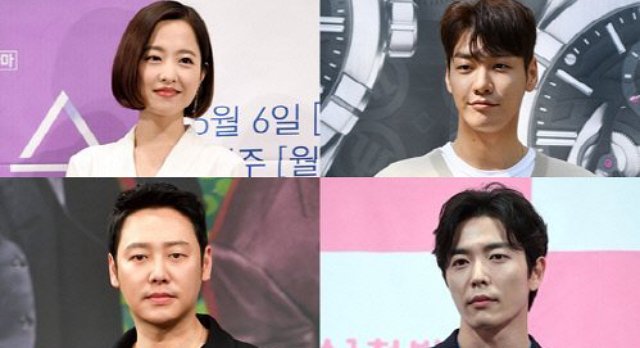 There has been a scarcity of young actors lately. However, the performances of 20s-30s actors have been noticeable in various genres like "The Secret Life of My Secretary", "Absolute Boyfriend", "Voice 3", "Save Me 2" and more.

One interesting fact is that many of the actors who were co-stars in past dramas are now friendly rivals in current dramas. The success from previous dramas has led them to shaping their own filmographies as leading actors and actresses.

Park Bo-young and Kim Young-kwang, who co-starred in the movie "On Your Wedding Day", were a first-love couple. They displayed the sadness and happiness of all realistic couples and recorded 2.8 million viewers in the Box Office.

Then they starred in Monday / Tuesday dramas, tvN's "Abyss" and SBS's "The Secret Life of My Secretary" as Go Se-yeon, a Central District Prosecutors' Office special investigator, and T&T Mobile Media head of department Do Min-ik.

Although the ratings stopped at 3%, both of them did a good job in character expression and acting, and of course all attention was paid to the friendly competition between the two people. "Abyss" seemed to be in the lead for a while, but "The Secret Life of My Secretary" flipped the tables later on. The two dramas also share a common element of ' face ', as Park Bo-young undergoes a transformation through soul resuscitation and Kim Young-kwang suffers something called 'prosopagnosia', commonly known as face blindness.

Ahn Hyo-seop from "Abyss" and Jin Ki-joo from "The Secret Life of My Secretary" have also met in a web-drama "Splash Splash Love", but now they are competitors.

Kim Dong-wook and Kim Jae-wook co-starred in the 2007 MBC drama "Coffee Prince" and 11 years later they reunited in the OCN drama "The Guest - Drama". They were more mature and experienced than they were 10 or so years ago, and made a mark in their careers. Kim Dong-wook had said in an interview, "It was nice having Kim Jae-wook around. We also didn't need to go through the process of getting friendly again, and work was fun".

After the delightful reunion, Kim Dong-wook and Kim Jae-wook have become two of the most wanted actors. Kim Dong-wook stars in "Special Labor Inspector, Mr. Jo" as a level 7 public worker and Kim Jae-wook takes on the role of Ryan Gold, the director of a museum in "Her Private Life". Kim Dong-wook underwent a mass transformation for this role by putting on massive weight and Kim Jae-wook is enjoying romance with Park Min-young in his own project. The dramas broadcast on different days, but they are two grown men in their 30s who are putting on a friendly competition.

A source says, "When actors from the same drama compete with each other in different dramas they feel the pressure, but mow most of them are very supportive of this and it even gets the audience to look at other dramas". 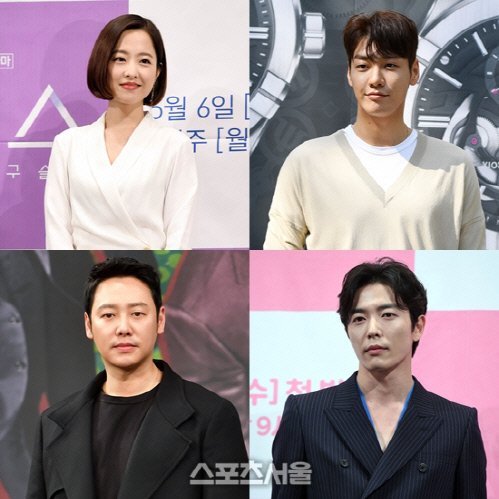 "Friendly Drama Competition Between Past Co-Stars"
by HanCinema is licensed under a Creative Commons Attribution-Share Alike 3.0 Unported License.
Based on a work from this source