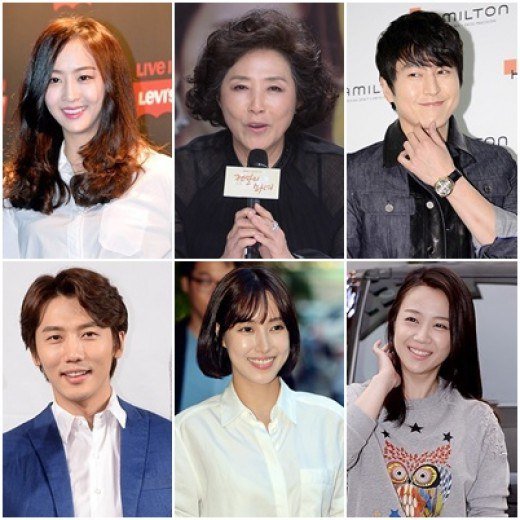 The drama is expected to portray the real meaning of family through the conflict and reconciliation happening amongst the various shenanigans between in-laws that range from entertaining to dramatic.

Initially, the casting of Kim Dasom garnered the public's interest who first came to the public's attention as "the acting-dol" on KBS1's "Love Rides the Song" (2013). The show is generating interest because of expected 'in-law' chemistry between 'bouncy' charming Kim Dasom and 'national mother' Go Doo-shim.

In addition, the casting of Baek Ok-dam famous as "Im Sung-han's niece" is garnering interest. As the first time starring in a drama not written by Im Sung-han, whether her acting talent will shine through is of wide spread interest.
The drama added actors such as Son Eun-seo, Kim Yoon-seo, Kim Bo-yun, and Kwak Hee-sung to round up an overall solid cast lineup. KBS2's new Monday-Tuesday drama "The Eccentric Daughter-in-Law" is expected to start airing in August in the time slot currently occupied by "Remember You".