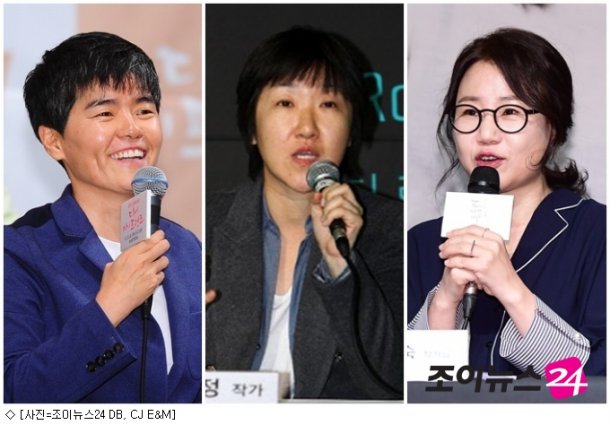 tvN is on its way to recover the modifier 'Drama Empire'. A fancy line-up of star writers are standing by from the end of the year to early next year.

tvN "Mr. Sunshine" has been arranged for broadcast on Saturdays and Sundays starting early next year.

"Mr. Sunshine" starring Lee Byung-hun, Kim Tae-ri, Yoo Yeon-seok, Byun Yo-han and Kim Sa-rang, is the story of a boy who returns to Korea under the identity of an American soldier.

However, it's the staff that draws more attention. Director Lee Eung-bok from "Descendants of the Sun" and "Goblin" as well as Kim Eun-sook the writer have come together again. They have been making hit dramas every once in two years.

tvN is currently unstable but it's determined to rebuild the drama empire of tvN. The first runner up is "A Korean Odyssey" by the Hong Sisters.

"A Korean Odyssey" is a fantasy drama based on the ancient novel "Seoyugi". Son Oh-gong, Jecheon Dae-sung with fatal villainy and Jeon Seonmi, a junior lawyers with unique snobbishness, go on a journey to find the light in the dark world of the devil in 2017.

Cha Seung-won is one of the casts so far. The staff here are intriguing as well as they have formally succeeded with the MBC drama "The Greatest Love" in 2011.

"Prison Playbook" is next. This drama is based in prison and depicts the people living in a space of mystery.

"Answer Me 1997" and "Answer Me 1994" director Sin Won-ho and writer Lee Woo-jeong-I will be responsible for this one with a line-up of Park Hae-soo, Jung Kyung-ho, Sung Dong-il, Choi Moo-sung, Jung Woong-in, Yoo Jae-myung, Krystal, Im Hwa-young and more.

Noh Hee-kyeong's "Live" is also one of the most looked forward to dramas this year. "Live" is the story of policemen in a patrol division and it is expected to come out next year.

tvN sources say anticipation is on the rise with the upcoming of "A Korean Odyssey", "Prison Playbook", "Live" and "Mr. Sunshine".

"From Kim Eun-sook, the Hong Sisters and Noh Hee-kyeong, will tvN 'Drama Empire' reconstruct?"
by HanCinema is licensed under a Creative Commons Attribution-Share Alike 3.0 Unported License.
Based on a work from this source