From Kim Eun-sook to Noh Hee-kyeong, Star Writers Are Making a Comeback 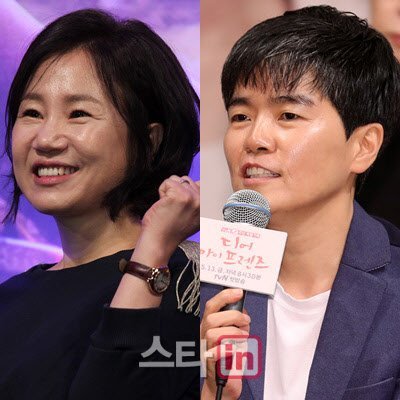 There's a reason why the drama line-up for 2020 is so highly anticipated. It's because star writers are coming back. Romance master Kim Eun-sook, human master Noh Hee-kyeong and other writers of different genres are coming back this 2020.

From "Lovers in Paris", "Secret Garden", "A Gentleman's Dignity", "Descendants of the Sun" and "Goblin" to "Mr. Sunshine", box-office success writer Kim Eun-sook is coming back with the SBS drama "The King: Eternal Monarch" this year.

Her choice this time is a fantasy in which a deity has unleashed a demon unto the world of humans, and that demon has opened the door to a parallel world. 'The parallel universe' is a new challenge for the writer.

"The King: Eternal Monarch" stars Lee Min-ho, who worked with Kim Eun-sook in "The Heirs", and Kim Go-eun from "Goblin". As actors who outstandingly understood the writer's screenplay and processed their understanding into their characters, their harmony is greatly anticipated.

"The Last Blossom", "More Beautiful Than a Flower", "Worlds Within", "It's Okay, That's Love", "That Winter, the Wind Blows", "Dear My Friends" and "Live" writer Noh Hee-kyeong, who conveys empathy, comfort, and heavy messages through her works, has decided on her next project.

"HERE" is the story of various jobs and age groups such as cops, broadcasters and the elderly in which Noh Hee-kyeong deals with a non-profit organization, an NGO. The key point here is how she's going to introduce the unfamiliar subject of an NGO as drama material. "HERE" begins filming in 2020.

Writer Kim Soon-ok is also a star writer for her outlandish dramas. "Temptation of Wife", "Jang Bo-ri Is Here!", "My Daughter, Geum Sa-Wol", "Sister is Alive" and "The Last Empress" are her box office hits. She's sometimes criticized for being too provocative, and for her unlikely stories, but she's still supported by many fans for her immersive works that are intense. Her latest work, "Penthouse", is a story about a woman's desire, motherhood and real estate success towards the entrance of high society, starring Kim So-yeon, Eugene, Oh Man-seok, Shin Eun-kyung and more.

Lee Woo-jeong-I, a popular TV screenwriter who managed to succeed in writing dramas is also coming back. She is responsible for the "Answer Me" sensation, which led to a series of the years 1997, 1994 and 1988. She's joining hands with PD Shin Won-ho from "Prison Playbook" to write "Hospital Playlist" this time. "Hospital Playlist" is the story of people who live an ordinary day that feels special at a hospital, which is called a miniature version of life, as people are born and die there, starring Jo Jung-suk, Yoo Yeon-seok, Jung Kyung-ho, Kim Dae-myung and Jeon Mi-do.

Writer Kim Eun-hee-I from "Sign", "Ghost" and "Signal" is returning with the second season of the Netflix series "Kingdom", "Kingdom - Season 2". The Joseon zombie flick was released in January last year and became a big hit. If the first season was about Yi Chang (Ju Ji-hoon) searching for the cause of the epidemic, in the second season, Yi Chang unravels the plots and conspiracies that go on inside the palace. "Kingdom - Season 2" is out this March.

"From Kim Eun-sook to Noh Hee-kyeong, Star Writers Are Making a Comeback"
by HanCinema is licensed under a Creative Commons Attribution-Share Alike 3.0 Unported License.
Based on a work from this source