From Kim Soo-mi to Kim Sang-kyung, will TV stars be effective on the big screen? 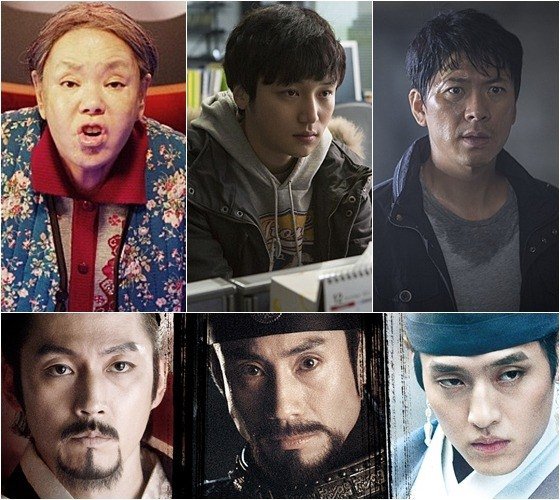 Will TV stars have the same effect in theaters? Films are continuously being released in theaters this March. Those who have been effective in TV are lining up.

"Granny's Got Talent" is being released in May. Kim Soo-mi who plays the dirty-mouthed granny is the hottest star on TV right now. She's starring in the MBC weekend drama "The Legendary Witch" with a record of near 30% every episode as fellow inmate Yeong-ok. in "Granny's Got Talent", she stars as a granny who participates in a swearing battle and here she lets off her mouth which isn't always so bad to hear.

On the same day, "Empire of Lust" comes out starring Shin Ha-kyun, Jang Hyuk and Kang Ha-neul. These three have been active on TV and are reappearing in theaters with completely different characters. Jang Hyuk who starred in the drama "Fated to Love You" and currently in "Shine or Go Crazy", becomes an ambitious prince who is after the throne.

Shin Ha-kyun who became an old man in "Mr. Back", is going to stand against Jang Hyuk in "Empire of Lust". Kang Ha-neul from the tvN drama "Incomplete Life", is coming back with "C'est Si Bon" and "Empire of Lust" one after another. He stars as Buma, a degenerated character.

Kim Sang-kyung who recently was in the KBS 2TV weekend drama "This Is Family", is coming out with a movie, too. The movie is "The Deal", a completely different genre with a contrasting character. Kim Sang-kyung is a detective who catches a hit-and-run fugitive who turns out to be a serial killer who has his sister victimized as well.

"Socialphobia" is also one of the most looked forward to movies starring Byeon Johan, a rising star. He starred in "Incomplete Life" as a happy-go-lucky type but this time he meets his online rival in real life and engages in a fight.

"From Kim Soo-mi to Kim Sang-kyung, will TV stars be effective on the big screen?"
by HanCinema is licensed under a Creative Commons Attribution-Share Alike 3.0 Unported License.
Based on a work from this source