From Kim Sun-young to Son Jong-hak, "Kkondae Intern" Completes Line-Up for a May Release 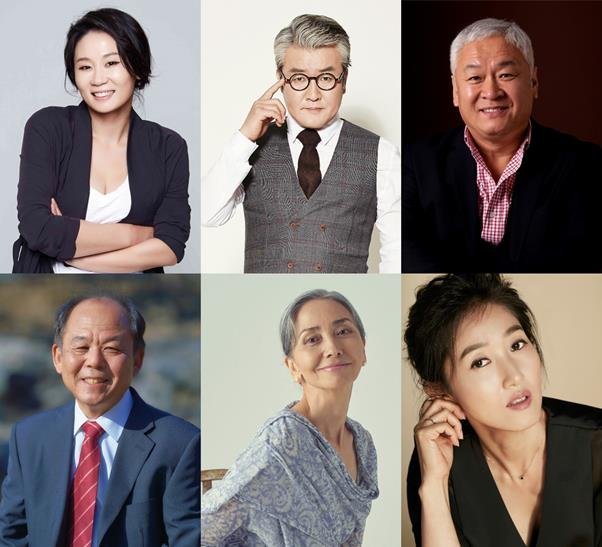 "Kkondae Intern" is about a man who has to work with the worst department head as his junior staff in this revengeful comic office drama where things turn upside down. Led by Park Hae-jin, Kim Eung-soo, Han Ji-eun, Park Ki-woong and Park Ah-in, the latest additions to the cast are veteran actors Kim Sun-young, Son Jong-hak, Ko In-beom, Kim Gi-cheon, Moon Sook and Jung Kyung-soon.

Kim Sun-young plays Goo Ja-sook, the only female director in Joonsoo Foods. The recent "Crash Landing on You" and "When the Camellia Blooms" actress will turn into a professional office woman this time.

Son Jong-hak played an old man chief in "Incomplete Life" and CEO Ko Kang-seon in "Stove League". This time in "Kkondae Intern", he is Director of Marketing Sales Headquarters Ahn Sang-jong. Rather than producing results, he will serve as a key figure to help Lee Man-sik (Kim Eung-soo) join the company as an icon of over-fidelity, who is preserving his position through in-house tightrope walking by helping Nam-Goong Joon-soo (Park Ki-woong), the CEO and second generation chaebol.

Joonsoo Foods' super powerful chairman Nam-Goong Pyo is played by Ko In-beom, the actor of charisma. As he is the legend who brought success to the economic world in Korea with ramyun, he's got the critical thinking mind of a businessman and is going to be responsible for the tension within the company by being the mental support for Ga Yeol-chan (Park Hae-jin) the ace, Nam-Goong Joon-soo (Park Ki-woong), his son and CEO of the company as well as the board of directors.

Kim Gi-cheon and Moon Sook are senior interns with Kim Eung-soo. First of all, Kim Gi-cheon plays Eom Han-gil, a passionate intern on the security team, who turns to Lee Man-sik (Kim Eung-soo) after losing his job, and they rely on each other to become full-time employees. Moon Sook will play Ok Kyeong, an intern at the president's secretary office.

Jung Kyung-soon stars as Ko Seon-nyeo, wife of Lee Man-sik (Kim Eung-soo), who goes from being a major company vice-president to a senior intern. Though she has regrets over her husband who only had time for his company his whole life, she works with Kim Eung-soo as the queen of housewives who takes good care of her struggling husband for her family.

"From Kim Sun-young to Son Jong-hak, "Kkondae Intern" Completes Line-Up for a May Release"
by HanCinema is licensed under a Creative Commons Attribution-Share Alike 3.0 Unported License.
Based on a work from this source