From Kwon Nara and Bang Minah to Suzy and Hyeri, a Shift in Acting Idol Generations 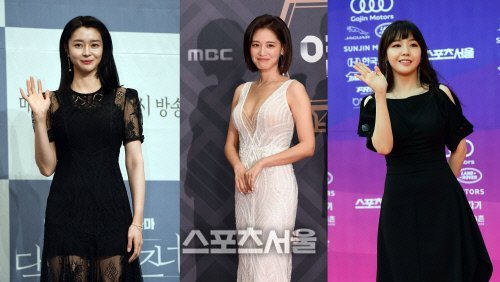 Idol actresses are drawing attention to themselves. It's not unusual that idols act, but there have been some new faces lately, which means there is a shift in generations. However, many say the earlier idol actresses still have a strong standing position, so it looks like the abundant drama industry is in a warring state.

Hello Venus's Kwon Nara is building a reputation for herself in the KBS 2TV drama "Doctor Prisoner". She made quite an impression in the tvN drama "My Mister" and SBS drama "Your Honor", and now she's a lead actress. There's also Kim Jae-kyung, who's representing the new SBS drama "The Secret Life of My Secretary". She starred in the OCN drama "Life on Mars" and MBC's "Bad Papa" last year, but she's taking a big step this year. Bang Minah is starring in the new SBS drama "Absolute Boyfriend", which begins on the 15th. She proved her value in the 2016 SBS drama "Beautiful Gong Shim", but took a long break, so "Absolute Boyfriend" will be another chance for her to prove her talent.

Not only that, there was Nana from the OCN drama "Kill It" and IOI Jung Chae-yeon in the Netflix drama "My First First Love" who played lead roles it their works.

Some say S.E.S Eugene, Sung Yu-ri and Lee Jin from Fin.K.L, Yoon Eun-hye from Baby V.O.X and Yoona from Girls' Generation are handing down their positions to their juniors. A source says, "While there is a lack of actresses in their 20s, more than a 100 dramas are being made every year, which means that more idols are getting the opportunity to act. People's impression of idol-actors has changed, and these days acting comes as a package for idols, so it's gotten easier to cast fresh acts".

Many, however, say that dominance is not yet in motion, but that the opportunities for emerging actresses are increasing amid the rapid increase in dramas. An actor says, "Even if you are a leading actress there's definitely a difference. Suzy is so well-known that she has overwhelmed other professional actresses. I don't think we can see any acting idol yet that will compete with Suzy or Hyeri's stardom".

Suzy is coming back with the new SBS drama "Vagabond" this September and Hyeri confirmed a role in the tvN drama "Miss Lee". AOA Seolhyun is coming back with a jTBC sageuk called "My Country: The New Age". As acting idols who have a higher reputation and more experience than other rising acting idols, their stance is still solid. 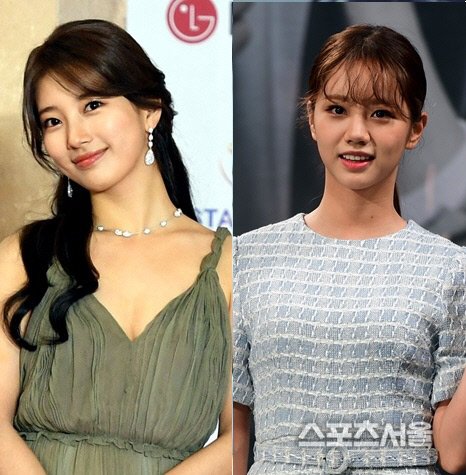 "From Kwon Nara and Bang Minah to Suzy and Hyeri, a Shift in Acting Idol Generations"
by HanCinema is licensed under a Creative Commons Attribution-Share Alike 3.0 Unported License.
Based on a work from this source