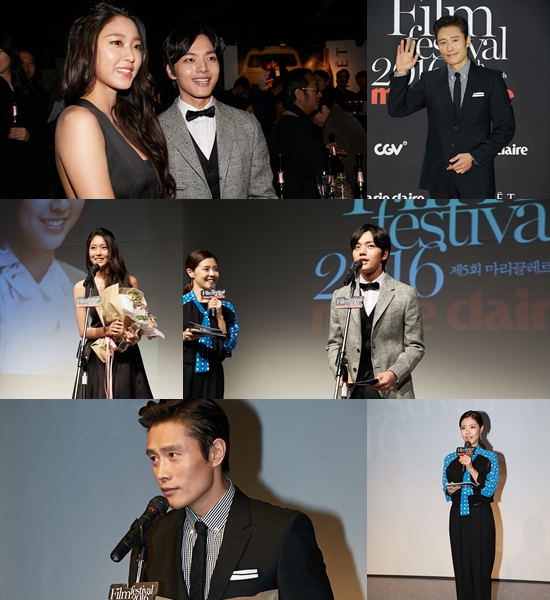 The fifth Marie Claire Film Festival took place at the Cheongdam CineCity in the afternoon on March 10th.

This year's award recipients include Lee Byung-hun for his role in 'Inside Men: The Original' for Pioneer Award, Seolhyun for her role in 'Gangnam Blues' for Rookie Award, Busan International Film Festival team for Special Award.

The award ceremony was emceed by Lee Yoon-ji for the third time including the first ceremony and the last year's,

The fifth Marie Claire film festival is held from March 10th to March 16th at the CGV Cheongdam CineCity.

You can find the detailed information about the 31 film screenings and various programs on the official website of Marie Claire Film Festival.

"From Lee Byung-hun to Seolhyun, Marie Claire film festival reveals behind-the-scenes images"
by HanCinema is licensed under a Creative Commons Attribution-Share Alike 3.0 Unported License.
Based on a work from this source