From Lee Seung-gi to Lee Min-ho, it is the year of enlistment for stars born in 1987 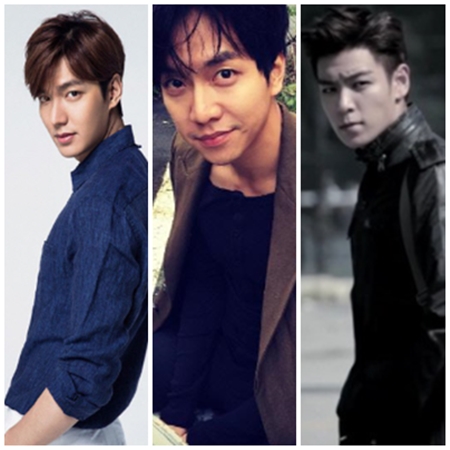 One more star, who's born in 1987, is enlisting soon. While actor Ryu Deok-hwan has confirmed that he will enlist next month and singer actor Lee Seung-gi already enlisted on the first day of last month, it is expected that stars born in 1987 will keep enlisting one by one this year.

Ryu Deok-hwan will enlist on March 8th by entering the Division 9 of the Army Recruit Training Center to begin his 21 month mandatory military service. He debuted as a child actor in 1992 and established his filmography through the roles in 'Welcome to Dongmakgol', "Like A Virgin", 'Quiz King - 2010' and more. Ryu Deok-hwan will continue his career as an actor after having finished his military duty.

While the news about Ryu Deok-hwan's enlistment came out, the public started paying attention to the stars born in 1987 and their possible enlistment this year.

It was Lee Seung-gi, who kicked off the start. Lee Seung-gi enlisted on February 1st through Nonsan Recruit Training Center. He drew much attention when released a single, 'I'm going to the military' prior to the enlistment. Lee Seung-gi will complete the five week fundamental basic military training first and then will begin his duty on active service. His scheduled dismissal date is October 31st, 2017.

Actor Joo Won, who won Grand Prize from 2015 SBS Drama Awards, is also a star among those who were born in 1987. He is currently taking a break since "Yong Pal". It is expected that he will come back from the break through a movie or a drama within the first half of this year and then enlist afterwards.

In addition to the stars mentioned above, Lee Min-ho, Jang Keun-suk, Ji Chang-wook, Junsu, Big Bang Top (Choi Seung-hyun), Super Junior Kim Ryeowook and more, who were born in 1987 are subject to the notice of conscription this year.

"From Lee Seung-gi to Lee Min-ho, it is the year of enlistment for stars born in 1987"
by HanCinema is licensed under a Creative Commons Attribution-Share Alike 3.0 Unported License.
Based on a work from this source