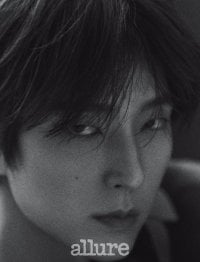 Guryepo Beach in southwest Taean, the site of the devastating oil spill late last year, is seeing a return of the crowds. It's the location of the SBS drama "Iljimae", in which Lee Joon-gi (26) plays a man who is transformed from urchin Yongi to the chivalrous Iljimae.

"This chicken meat is so tough, my teeth nearly came out". Lee recites the line sitting in the corner of a seaside hut. In the scene, Iljimae, starving, cooks up a chicken behind his master's back, showing the human side of the valiant fighter. Then, at 9 p.m., the first short break after filming since the afternoon.

"I asked the director when I would finally get to shoot the action scenes which the viewers will be dying to see. But I'm still not flying about", says Lee. Iljimae's stunts were withheld until the 10th episode. The story centered instead on Yongi's training and his double life, which all serve to avenge his fathers' death. He was portrayed as a loose, comic character.

Lee became a star overnight in 2006 in the film "The King and the Clown" in which he played a man in woman's disguise. Now he wants to prove himself in an action role. "I shook off the memory of 'The King and the Clown' while doing the TV drama 'Time Between Dog and Wolf' last year. A comic role is a first for me, which is more difficult than being the leading man. I'm coasting on confidence alone".

In the original comic strip, lljimae disguises himself as a courtesan to obtain information from officials. Sounds familiar? But Lee shakes his head saying, "Will the viewers want to see me again dressed as a woman? I don't think so. I don't want to be a 'pretty boy' again. But I don't know what the producers think".

His physique is as pretty as his face. He's a taekwondo expert, but his body is far from brawny. "I don't want to be stuck in one shape. An actor's body should be formless, ready to change into any form. I don't like weight training. I like running about outdoors but not lifting heavy equipment in the stuffy indoors. It's not my style".

While filming "Time Between Dog and Wolf - Drama" last year, Lee said he has yet to be recognized as an actor. But his confidence has grown. "I believe more and more people are recognizing me as an actor and not just a celebrity".