FT Island bows into Japan's Oricon weekly chart at No. 4 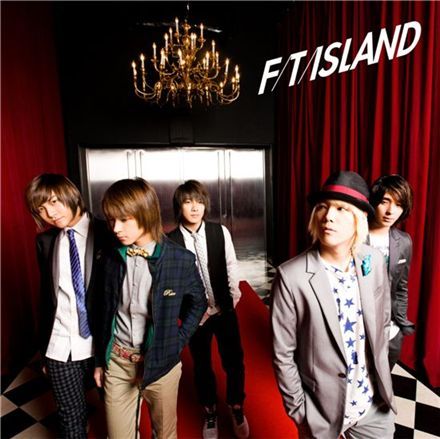 The group's Japanese debut album "Flower Rock" had entered the daily music chart at No. 3 as soon as it was released on May 19 and held onto the position for two consecutive days.

Meanwhile, the quintet has been focusing on their activities in Japan after signing with Warner Music Japan in early January. They recently gave a free live concert for a total 5,000 fans in Osaka and Tokyo over the weekend.

The group also performed on NHK-hosted televised music talk show "MUSIC JAPAN" last Sunday and have other live performances scheduled in the country until their return to the Korean music scene in mid-August.

FT Island (Five Treasure Island), composed of members Lee Hong-ki, Lee Jae-jin, Song Seung-hyun, Choi Min-hwan and Choi Jong-hoon, made their debut in 2007 with their first album "Cheerful Sensibility". They are well-known for their songs "Hope", "Love Sick" and "Heaven".

"FT Island bows into Japan's Oricon weekly chart at No. 4"
by HanCinema is licensed under a Creative Commons Attribution-Share Alike 3.0 Unported License.
Based on a work from this source