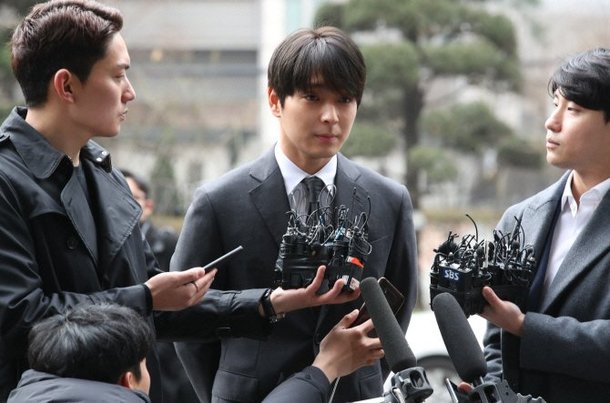 FT Island's Choi Jong-hoon, who is being charged with the distribution of illegal videos, has committed an offense worth 3 to 5 years in prison.

Lawyer Kim Young-joo explained the legalities on the SBS TV show "TV News At Night" on the 19th.

Kim said, "If the pictures he took are sexually insulting, then he receives 5 years for taking them. The distribution alone can give him up to 3 years".

"Yong Joon-hyung and Lee Jong-hyun may not be receive sentences because they didn't actually take the videos themselves".

He was at the Seoul Metropolitan Police Agency's metropolitan investigation unit on July 16th and was questioned for 21 hours before returning home.

"FT Island's Choi Jong-hoon May to Go to Prison Due to Illegal Video Distribution"
by HanCinema is licensed under a Creative Commons Attribution-Share Alike 3.0 Unported License.
Based on a work from this source