FT Island to Perform at 'Summer Sonic' in Japan 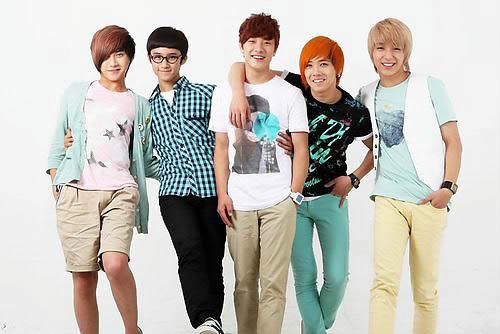 FT Island held a live performance with a limited number of one hundred fans to commemorate the release of their second single album entitled "Brand-new days" on July 13 at the T-shirts specialty store located in Harajuku, Japan. During the performance, they introduced the schedule of their first tour in Japan, and they announced that they would perform at the "2010 Summer Sonic Rock Festival in Osaka" on August 7.

"Summer Sonic Festival" began as a city-style rock festival from 2000, starting with performances in Tokyo and Osaka, and many big stars such as Marilyn Manson, Guns N Roses, and Radiohead have participated in the festival, so the list of performers has made headlines every year. Among Korean singers, Seo Tai Ji (2001) and Nell (2008) have performed at the festival.

At this year's "Summer Sonic", which is the 10th festival, not only rock performances, but also Hiphop and R&B performances will be included in the program. Korean dance group Big Bang will perform on the stage for the first time along with famous pop stars such as Stevie Wonder, Jay-Z, Taylor Swift, Nas, and Jason Derulo.

Major Japanese newspapers including Sankei Sports and Sports Hochi simultaneously reported the news on July 14 that FT Island had held a live concert with 100 fans the day before and sang two songs including their new song.

Members of FT Island introduced their new single album, which was released on July 14, by saying, "The new song is about bravely going forward without any concerns about other things, and it is a very lively and refreshing song that is suitable for summer".

During the live concert, the members sold their own original limited edition T-shirts, which they had personally made, to the 100 fans.

FT Island had debuted in the Japanese music industry with their single album entitled "Flower Rock" last May. From July 16, the group will hold its "Zepp Tour", which will be held at Zepp concert halls in five different cities in Japan including Tokyo, and they will hold the final live performance, which will be their first outdoor concert in Japan, at the Hibiya Outdoor Theatre in Tokyo on August 14.