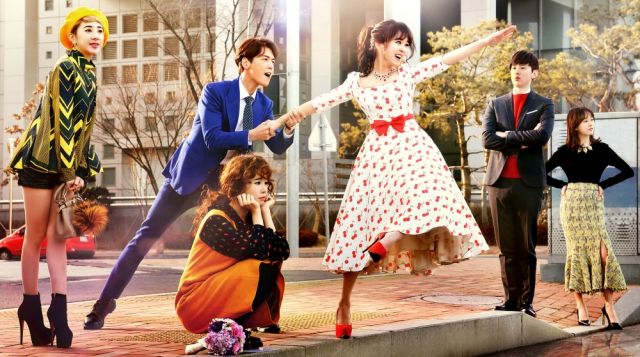 "One More Happy Ending" is your average romantic comedy that presents us with the problems women face in marriage and divorce. Ex-pop stars and girl group members traverse through uncertainties of life while finding their soulmates, saving their marriages, or putting up with forced ones. The story kicks off when our leading lady's classmate makes a re-entry into her life, and bringing with him, her Prince Charming - or so it seemed. 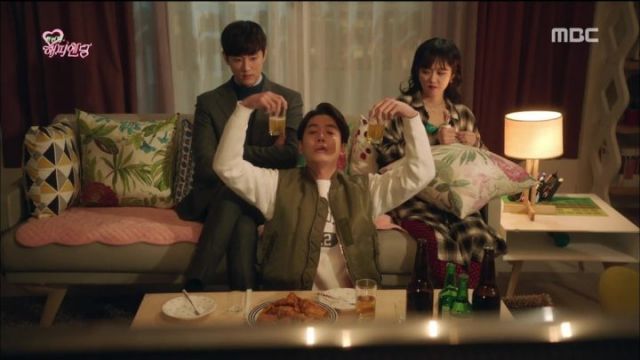 It took me just thirty minutes into the drama to realize that it's consisted of four subplots that work together to elucidate its uncanny theme of divorce and marriage problems of people in their 30s. The four stories are connected by our female protagonists, who have remained thick friends even after their girl group disbanded.

The drama compensated its flaws with an awesome cast, amazing comedy, and heart-melting romance.

I'd like to note that "One More Happy Ending" is strictly made for people who like watching rom-coms. First off, all the characters are quite intangible and superficial. Then, none of the events unfolding around them are realistic, let alone logical. As a person who can appreciate a bit of exaggeration and excuse some unreal scenarios, I enjoyed this drama. Even still, there were quite a few dry spots in the drama that were hard to get through, and quite a few character dispositions that made me cringe. "One More Happy Ending" compensated its flaws with an awesome cast, amazing comedy, and a whole lot of heart-melting romance. 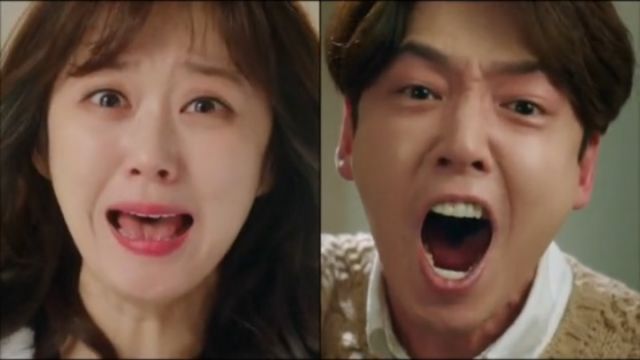 These first few episodes of "One More Happy Ending" form a solid foundation on which all the stories and drama unfold. We first meet our heroine, Han Mi-mo (Jang Nara), a pristine divorcee who runs a successful Remarriage Consultation business along with her best friend Baek Da-jeong (Yoo Da-in). Da-jeong's marriage seems to be rocky while her health is in even worse shape. We also learn that Mi-mo, Da-jeong and their other girlfriends, Go Dong-mi (Yoo In-na), an elementary school teacher, and Hong Ae-ran (Seo In-young), a model, were all part of a girl group that disbanded after an internal feud with the fifth member. 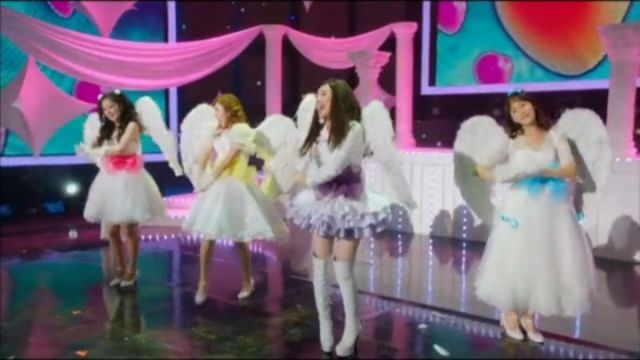 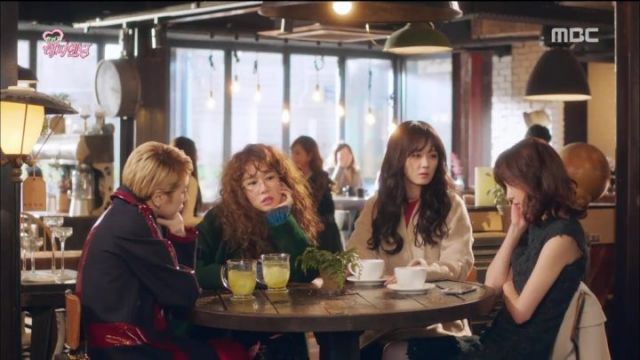 Mi-mo is portrayed as a highly naive person with a sarcastic undertone. While she doesn't mind being alone, she desperately wants to get married to elevate the credibility of her company. Most of all, she seems to be a person who falls in love at the drop of a hat, and lets her feelings flow in whichever direction they decide to - without thinking about the repercussions they may bare in the future. It was Mi-mo that I found the most superficial and intangible out of all other characters. Her best friend, Da-jeong, seems to be a very strong woman who is crumbling from the inside because of her marriage. She wants to protect her only son from the pain of separation. She also seems trustworthy and mature, as her friends often turn to her when they have problems. 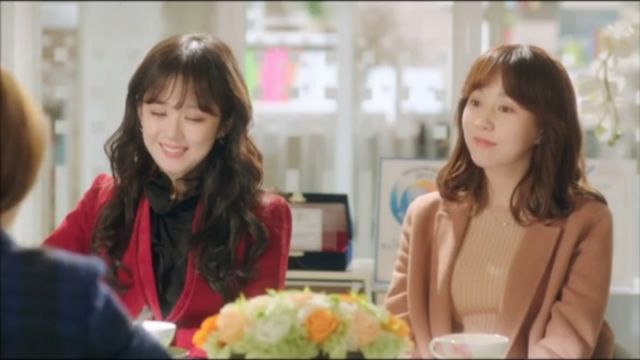 Next comes the innocent girl, Dong-mi. She has been searching for true love for a long time now and doesn't seem to be able to find it. She doesn't know whether it's her wild curly hair, or lack of feminine form, or her makeup-less face that's stopping viable bachelor's from approaching her, but she firmly believes that she will find her happy ending any day now. No one can be as naive as her in reality, but I did enjoy watching the comedic on-screen ordeals this woman had to face. 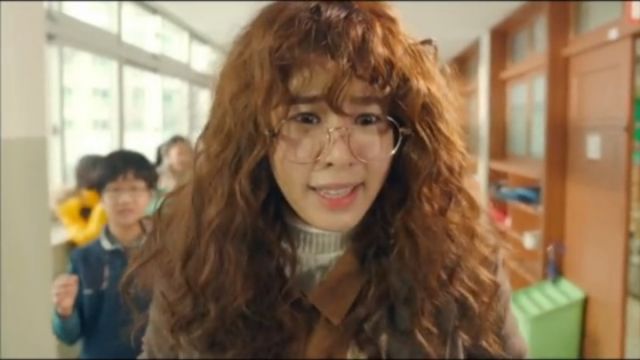 The youngest of the lot is our supermodel, who wants to be single forever but succumbs to familial pressure to marry the next guy with a ring. She's very clear about what she wants and what she doesn't, but no one seems to listen, let alone respect her desires. As far as Ae-ran's personality goes, she's the epitome of a best girlfriend. She fiercely protects her friends with preposterous sass and sarcasm and is extremely loyal. 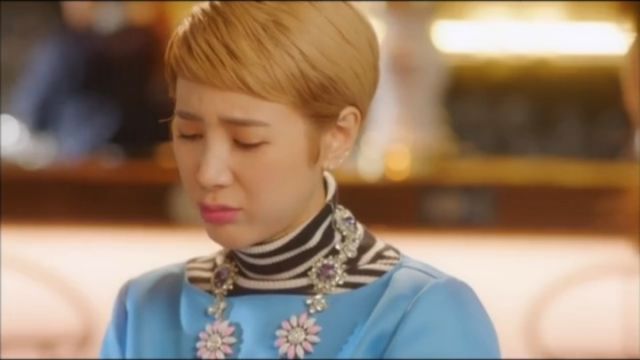 Now it's time to meet the guys. Mi-mo's classmate Song Soo-hyeok (Jung Kyung-ho), now a tabloid reporter, makes a come back into her life, contributing to a lot of funny and adorable scenes in the drama. Soo-hyeok brings with him his best friend, Dr. Goo Hae-joon (Kwon Yool), who's charming mannerisms make Mi-mo fall head over heels for him instantly. 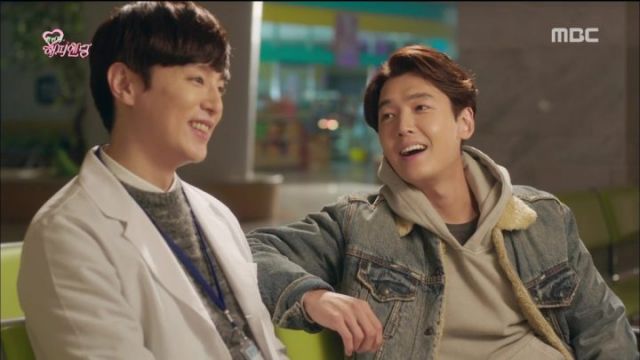 Our hero has been a diligent single dad for thirteen years now, without setting eyes on any girl - something that worries his son a lot. Soo-hyeok is a very capable father who can do just about anything, from cooking to stealth reporting. He happens to be crushing on our heroine without anyone knowing, while she keeps her eyes on Hae-joon. Hae-joon is the cool, charming doctor who has also been fond of the heroine for a long time now. But the way he treats his woman isn't exactly likable. 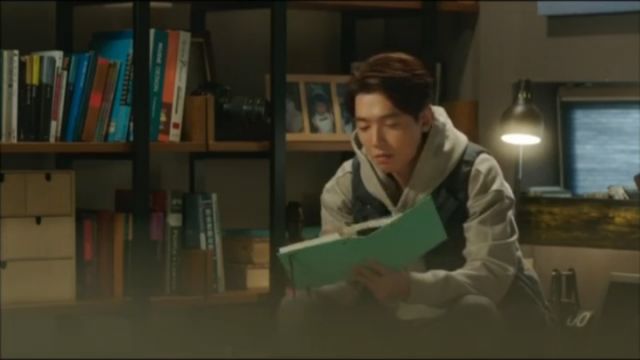 Despite the colorful cast of characters, these episodes had quite a few drawbacks when it came to the storyline. There were numerous dry spots and lapses of logic like the whole sequence where our leads don't realize that they've been living across from each other until now. One other complaint was that Soo-hyeok had very little screen time. Otherwise, these episodes were quite passable.