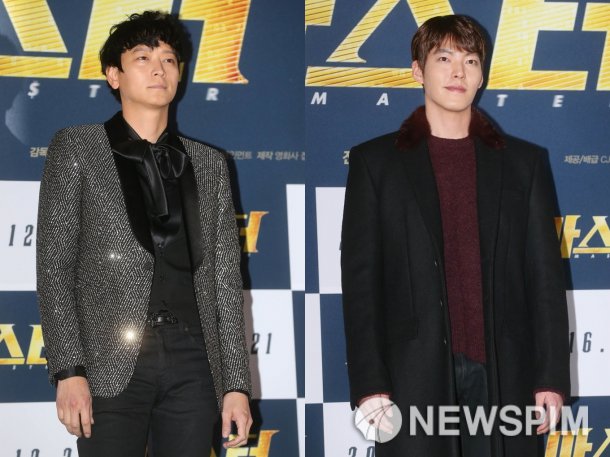 Gang Dong-won and Kim Woo-bin are going on an Asia tour.

"Master" director Cho Ui-seok, Gang Dong-won and Kim Woo-bin are going on an Asian promotion in Hong Kong and Singapore.

The movie "Master" proved to be a great success at the American Film Market held in Santa Monica held from November 2nd to the 9th and have shown high interest in Asian countries.

Gang Dong-won and Kim Woo-bin will be visiting Hong Kong and Singapore soon.

"Gang Dong-won and Kim Woo-bin to go on "Master" tour "
by HanCinema is licensed under a Creative Commons Attribution-Share Alike 3.0 Unported License.
Based on a work from this source